President of the Estonian Academy of Sciences Tarmo Soomere is unable to participate in the discussion at the Arvo Pärt Centre tonight due to illness. Instead, Joonas Hellerma will have a talk with a specialist on underwater robotics, Professor Maarja Kruusmaa from the Tallinn University of Technology.

Researcher of the sea and seashore and president of the Estonian Academy of Sciences, Tarmo Soomere, will discuss the origins of the Baltic Sea, its special place among the seas of the world and its future outlook in a geological and ecological sense with cultural journalist and Estonian Television presenter, Joonas Hellerma, at the Arvo Pärt Centre in Laulasmaa.

The Baltic Sea, which was created by the receding ice during the last ice age, is very young in the context of world seas, in fact, it is in its infancy. This is attested by the winding and varied shoreline, which has also affected the cultures of the countries bordering the Baltic Sea. Although the Baltic Sea is a young and small sea, its future is constantly at risk due to human activities. Around 15% of international maritime trade is born by the Baltic Sea. Constant sea traffic endangers the delicate ecological balance of the sea, thereby also affecting the acoustic environment of the sea. This also changes the conditions for communication among sea life, which is still mostly unknown today.

What is the ecological condition of the Baltic Sea, what are the main dangers and what are the future scenarios and political solutions concerning the sea – these subjects will be tackled by Baltic Sea expert and academic Tarmo Soomere and Estonian Public Broadcasting presenter Joonas Hellerma.

The discussion (in English) is part of the Baltic Sea Festival programme and will reach viewers in other Baltic Sea countries as a live transmission from the Arvo Pärt Centre.

Admission with a ticket to the Arvo Pärt Centre.
Share 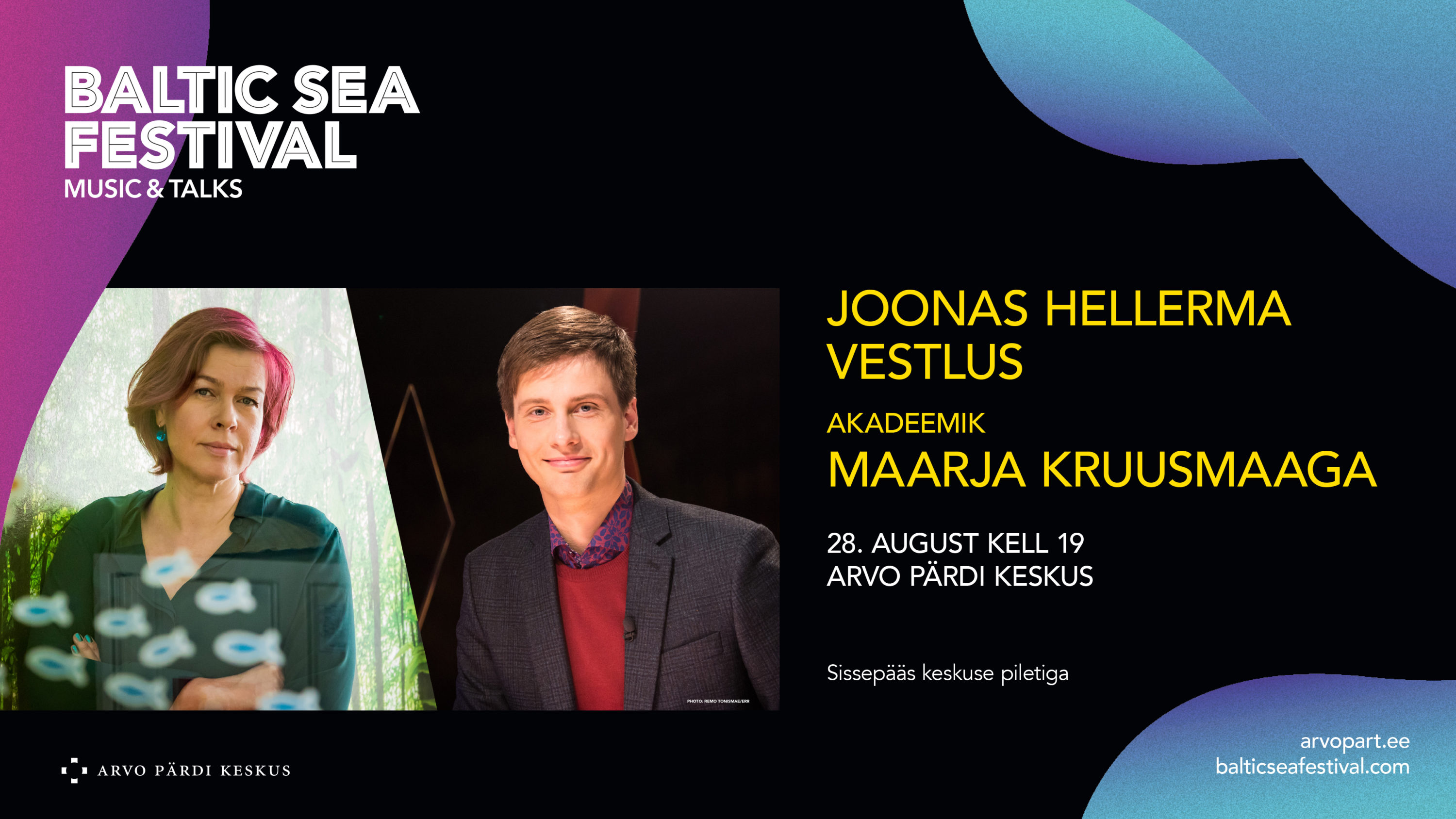