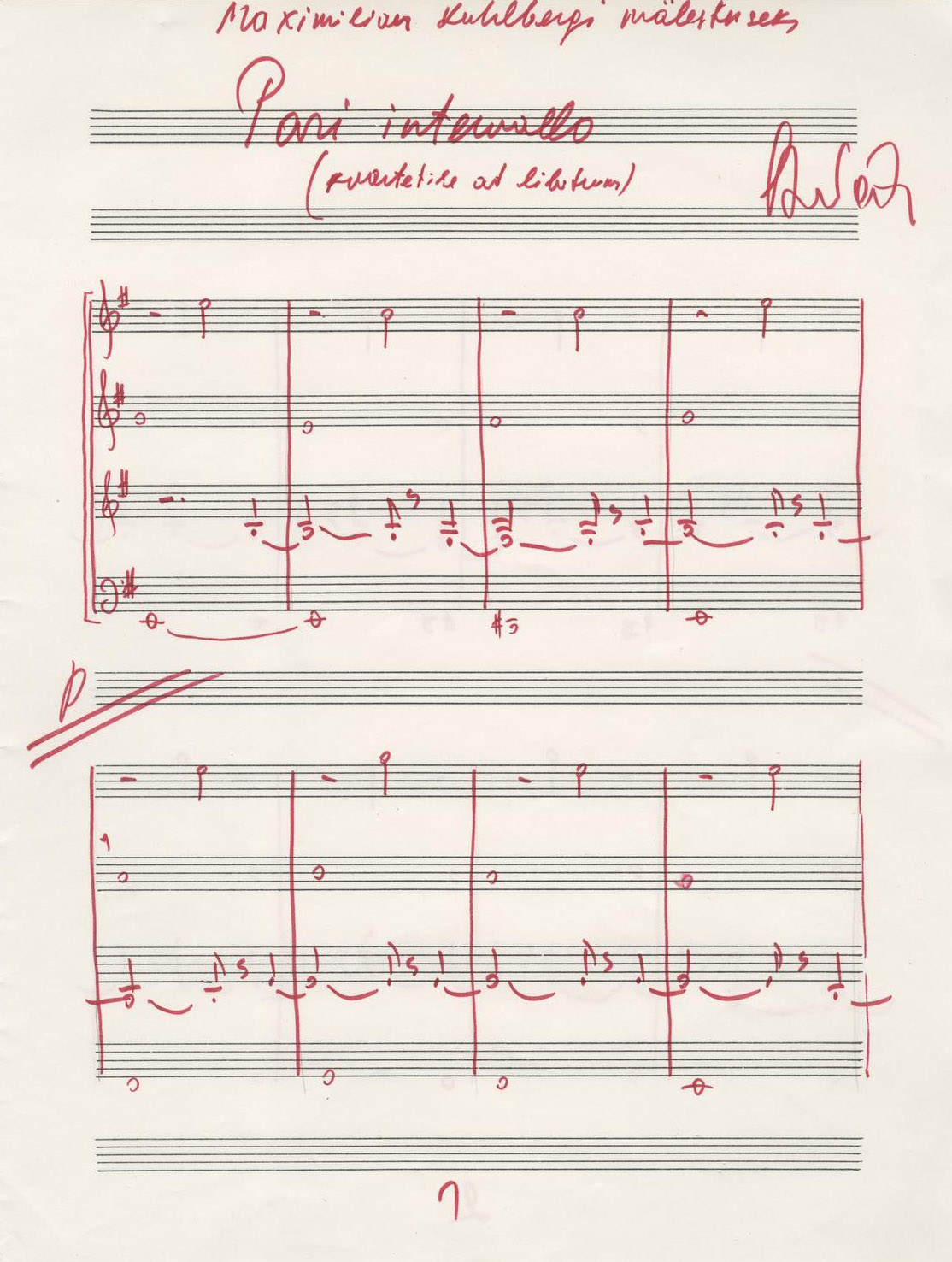 Pari intervallo was initially composed as music for four parts without specifying the instrumentation and was premiered at the first concert of tintinnabuli works on early music instruments by ensemble Hortus Musicus in October 1976. It was set for organ in 1980.

The work is composed on the occasion of death of the composer’s step-father and equipped with the motto from Paul’s letter to the Romans: “For whether we live, we live unto the Lord; and whether we die, we die unto the Lord.” The musical material follows the meaning of the title (pari intervallo – in Latin “in the equal distance”) and has been built on two strictly parallel voices, whose distance from each other remains the same throughout.