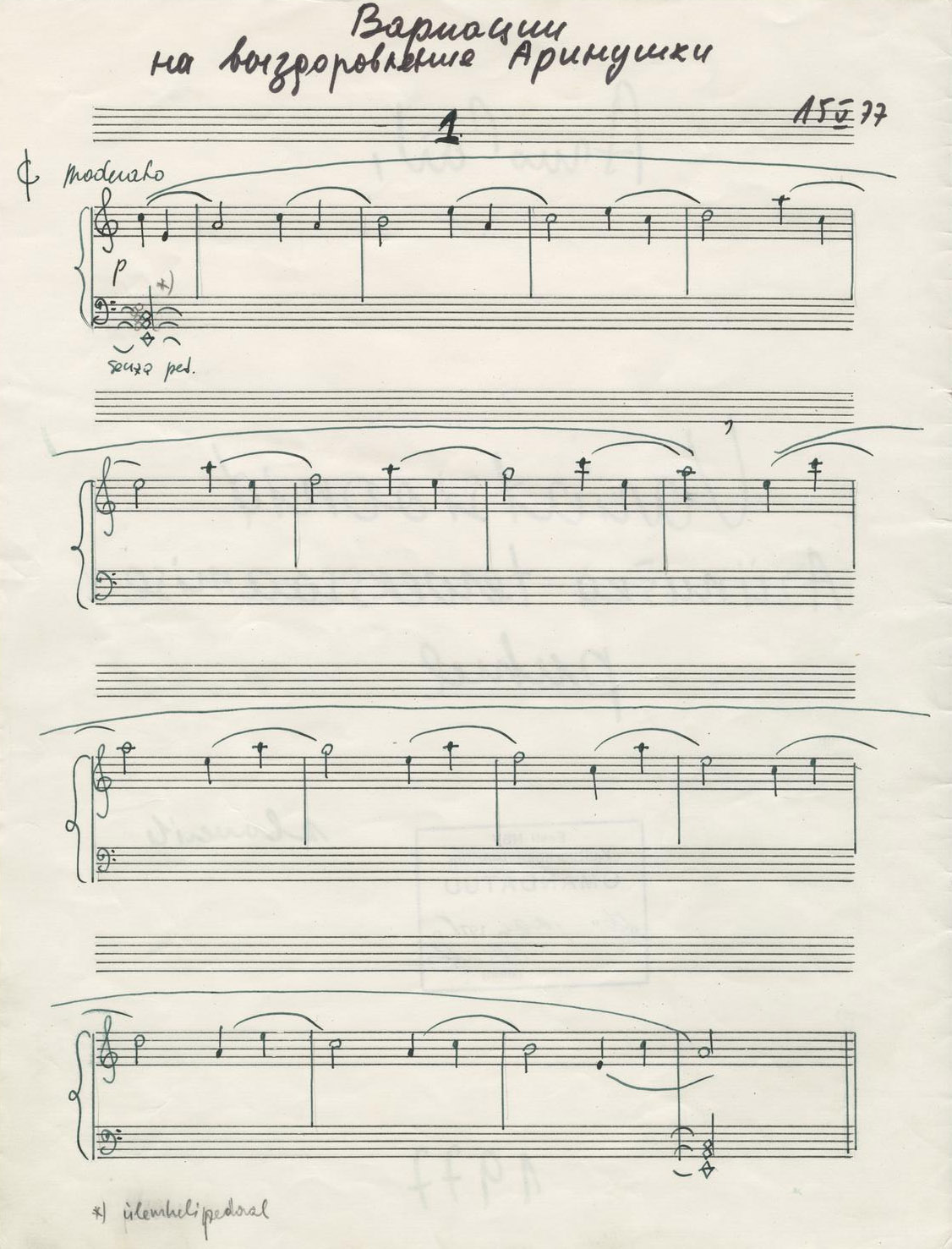 Variations for the Healing of Arinushka for solo piano was composed in 1977 for the composer’s daughter Ariina who was recovering from an appendix operation. The piece contains six short variations, the first three of which are in minor key and the other three in major. They are based on a very simple theme of a rising and falling octave scale. The clear and transparent soundscape of this early tintinnabuli composition is created by the resonating overtones  and subtle use of the pedal.

Variations… was first performed in November 1977 in Klaipeda and a few days later in Tallinn.