In 2008 I visited Turkey and Istanbul for the first time in my life. I was the newly appointed Head of the European Capital of Culture Tallinn 2011 and Istanbul was getting ready to become the European Capital of Culture in 2010. The city fascinated me straight away. I was almost ashamed to have never been there before, in this city so obviously important for my Europe.

Of course I had heard a lot about Hagia Sophia. It had magically attracted me already when I was a school boy. So I went to see it on the very first day. What a fantastic building. One feels small in it, but not lost. The history of the the Orient and the Occident breathed even more intensely here than in the rest of the city. Amidst this feeling, which can certainly be called emotional, my Estonian travel companion and I more or less simultaneously came up with the kind of an obvious idea that this architecture has something to do with Arvo Pärt’s music, which is so familiar to us. And thus the idea arose to ask Arvo Pärt for a composition that could connect the two cultural capitals, Istanbul and Tallinn. It is wonderful that this idea ultimately resulted in a composition called Adam’s Lament, that reached far beyond these two cities.

In the figure of Adam, Judaism, Islam and Christianity come together. What an appropriate choice considering the venue of the premiere. The concert took place in cooperation with the Istanbul Müzik Festival on June 20, 2010 in the 1600-year-old Hagia Eirene on the grounds of the Topkapi Sultan’s Palace. In the run-up to the premiere, there was a lot of excitement. Entire delegations from Estonia, the Presidents of both countries and the Ecumenical Patriarch of Constantinople Bartholomew I appeared for the premiere. Two days before the concert, the front page of the largest Turkish daily newspaper, Hürriyet, declared the premiere to be the biggest and most important cultural event in the 2010 Capital of Culture Istanbul. One was almost afraid that the hype would suffocate the art.

But this didn’t happen. The music was above everything. In addition, a particularly heavy rain that lasted for hours, washed everything clean before the concert began. Was it perhaps Adam weeping?

Adam’s Lament was commissioned by the two Capitals of Culture, Istanbul 2010 and Tallinn 2011, and the event was a joint performance for these two cities. The premiere took place on 7 June 2010 in Istanbul’s Hagia Irene concert hall within the former cathedral. The performers included the Estonian Philharmonic Chamber Choir, the vocal ensemble Vox Clamantis and the chamber setting of the Borusan Philharmonic Orchestra conducted by Tõnu Kaljuste, who was awarded a Grammy Award in 2014 for Best Choral Performance for the CD of the first recording of Adam’s Lament (ECM). 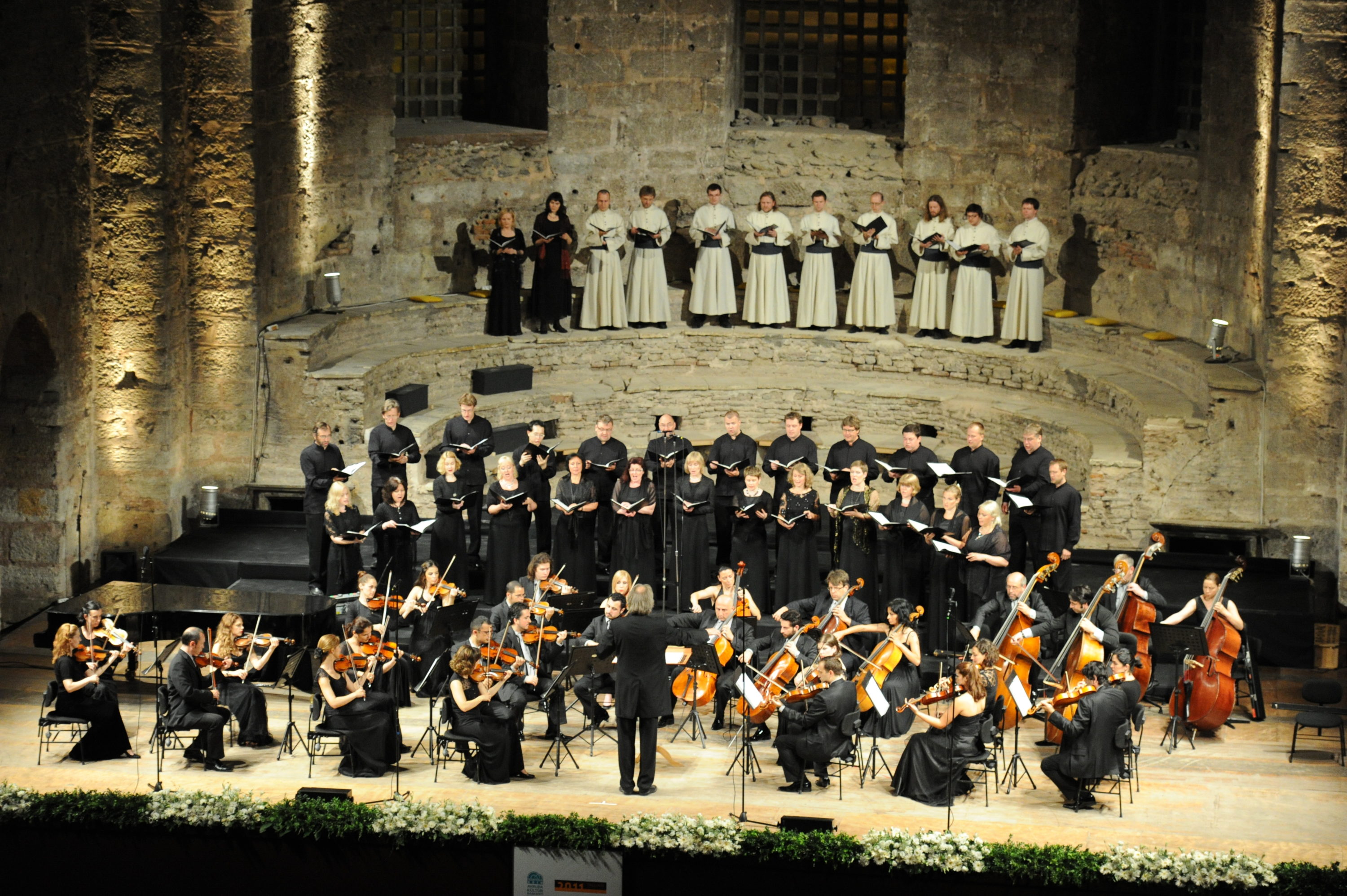