The Arvo Pärt Society (APS) was established in 2017 to offer guidance and provide financial support for the activities of the Arvo Pärt Centre. It aims to create an extended, exclusive network of supporters who wish to contribute to the safeguarding of Arvo Pärt’s heritage and the message of his music, as well as supporting the wider activities of the Center in the continuation of culture and the arts.

“An ever-growing group of loyal supporters have been accompanying us already from the start of our family initiative back in 2007, well before the founding of the Arvo Pärt Centre foundation was founded three years later. Since then, the journey has had a number of milestones – the most significant of which being the inauguration of the new Arvo Pärt Centre building in 2018.

I am looking forward to our future meetings both at the Arvo Pärt Centre in Estonia, as well as at selected concerts and festivals around the globe.“

Michael Pärt, Chairman of the Council

The members of the society meet at events and concerts both at the Arvo Pärt Centre and elsewhere in the world. Prior APS meet-ups have happened at the following concerts: 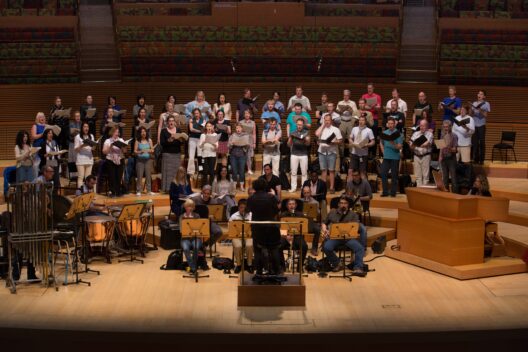 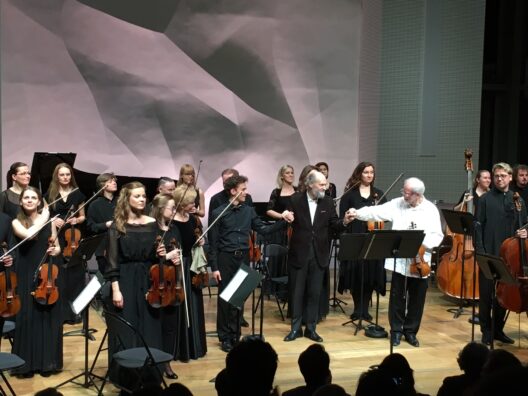 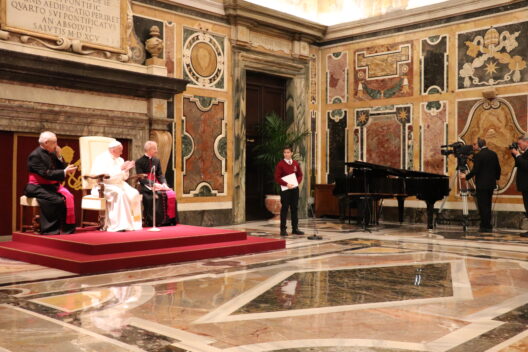 In addition to the completion of the centre’s building, donors have also supported several other projects. For example, with the help of our donors, a permanent exhibition ““When you seek from almost nothing” was installed, the chapel of our center was completed, we have been able to purchase a Steinway concert piano and we have published a special photo and essay book “Arvo Pärt Center & Nieto Sobejano Arquitectos. The Common Denominator. Ühine nimetaja”. However, with the centre constantly evolving, we aim to do and accomplish even more. Each year, two to three projects are selected for focus and funding.

Read more about this years projects below:

Projects supported by the APS in 2022

Construction of the residency house “Aliina”

From 2021, the center is hosting residents – every year we issue two scholarships of our own and allow other interested parties to use our space to do their creative work. Currently one person at a time can stay in the residency. The reconstruction of the Aliina lot, containing two houses belonging to the centre, would allow us to host four residents simultaneously, while also having the possibility of on-site accommodation. In addition to residents, this would make it possible to offer accommodation for international artists and researchers coming to the centre.

The centre has a 150-seat hall, creating a special atmosphere for concerts and recordings with its peaceful forest views. In addition, lectures, talks and film screenings are organised in the hall. When compiling the programme of events, we want to involve not only top Estonian performers but also artists from abroad, incurring high costs for transport and accommodation.

The core of the Arvo Pärt Centre is the archive, which comprises information and documents related to the composer’s work in both physical and digital formats. The most valuable parts of the archive are Arvo Pärt’s original manuscripts, rough sketches, and drafts for his compositions. The range of archive materials also includes thousands of photographs, recordings in different formats, correspondence with commissioners, publishers and musicians, as well as films and other material concerning Arvo Pärt’s life, work and its reception. Archive materials can be accessed through the APIS (Arvo Pärt Information System) database in our library that by now requires a system migration to a new software platform.

You can join the Arvo Pärt Society starting from a donation of 150€ by filling in the form:

Our supporters about us

I had never thought about the deeper reasons for my support because initially I just wanted to carry on what my life partner Andres had started. Now, however, I take great joy in seeing how my small monthly contribution generates positivity on a much larger scale to so many people, and for this I am also grateful to you.

Arvo Pärt’s music touches me deeply – its simplicity, purity, and clarity. Arvo Pärt reduces everything to what really matters – it sharpens your gaze and allows you to see perfect beauty even in little things. In his music I experience tranquility that is rare in our anxious world. I can get a glimpse of peace that is hard to imagine in our belligerent world. The Bible uses the word ‘shalom’ for inner and outer peace. Arvo Pärt’s music brings me closer to this ‘shalom’. My support to the Arvo Pärt Centre allows me to contribute towards making this valuable and enriching experience available to more people.

The society has three membership levels:

As a friend, you can reserve two complimentary tickets to any of the events organised by the Arvo Pärt Centre. You will also receive information about Arvo Pärt-related concerts and events in the world and, if you wish, a personal acknowledgement on our website.

As a well-wisher, you get all the benefits of a friend, but also a free guided tour of the centre for you and your friends and an opportunity to visit a concert rehearsal of Arvo Pärt’s music at the centre or elsewhere. After supporting us in two consecutive years, you will become a patron.

As a patron, you get all the benefits of a friend and well-wisher, but also an exclusive tour in the centre (incl. areas that are closed to regular visitors) and a replica of a manuscript by Arvo Pärt. All patrons will be automatically granted a five-year membership.

Once a year all members of the Arvo Pärt Society can come together for a special musical event. This meeting will take place every year in different locations around the world, allowing members from different countries to participate.

If you have any questions, feel free to contact us:
Sandra Perens
sandra@arvopart.ee