“This opportunity to understand and carry forward the healing power of Arvo’s musical legacy is precious for our species.” 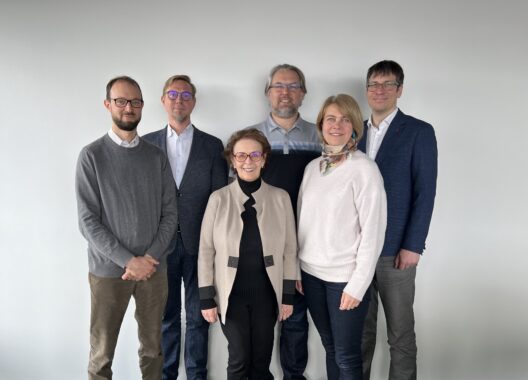 Ott Kaukver holds a bachelor’s degree from Estonian Business School and master’s degree from INSEAD Business School. He is the Chief Technology Officer at Checkout.com, a payment processing company and previous CTO at Twilio and Skype. Building the 21st century digital infrastructure has made him Estonia’s most successful technological leader.

Sten Luiga has studied law at Tartu University and finished his master’s at Aalto University in Helsinki in Business Administration. He is currently working at the law firm COBALT as a counsel in matters related to corporate governance, project finance, mergers and acquisitions. Sten is also Senior Partner at COBALT, Chairman of the Supervisory Board of the Foundation of the Tartu University and Chairman of the Committee of Ethics of Estonian Bar Association.

Nora Pärt has studied choral conducting and musicology at the Tallinn Higher Music School as well as at the Tallinn and Tbilisi State Conservatoires. She is Arvo Pärt’s wife and has been accompanying him throughout his musical journey. Nora may be called Arvo Pärt’s first archivist, having collected and systematised material about his work for decades. Since the establishment of the Arvo Pärt Centre Nora has played an intricate part in mentoring its development at the APC.

Kaidi Ruusalepp holds a bachelor’s in law and a master’s in Strategic Management which she acquired at Tartu University. She is the founder and CEO of Funderbeam, an investing and trading platform for investors to buy and sell equity stakes in private companies. Kaidi worked as a Legal Advisor for the Estonian Government in times where Estonia started to build-up its state information systems. She is also a member of the Digital Council of the President of Estonia Mr Alar Karis and the President of Estonian Founders Society for 2022.

Michael Pärt holds a master’s in Music for Composing for Film and TV from Kingston University in London. He has been actively involved as Producer and Music Editor on feature films over the last 20 years. After co-founding the Arvo Pärt Centre in 2010 he has been leading its council by focusing on the foundations’ development and private fundraising prospects. In 2021, Michael, together with his parents, founded the Arvo Pärt Centre Endowment and convened a council of 5 members, through whose diverse expertise he aims to build-up and grow the foundation and its capital.
Read more

Founded by Arvo Pärt, Eleanora Pärt and Michael Pärt, the APC Endowment Foundation (APC Endowment SA, register code 90015436) is registered in Estonia and audited by OÜ E-Audit. Our statute can be read here.

If you would like to learn more about our initiatives or wish to discuss contributing to the endowment, please feel free to contact us: