Arvo Pärt. Out of Silence by American theologist and musician Peter C. Bouteneff will be published in Estonian. The book presentation will take place on 23 October at 15 at the Arvo Pärt Centre accompanied by a lecture by the author on the theme of “Plurality in Unity: Trinity, Humanity, and Tintinnabuli”.

“The fact that the book has been translated into Estonian means a lot to me, more than any other translation. It gives me great pleasure to have it reach the composer’s countrymen. It is up to you as to whether the book is a success, but I hope that it will encourage further collaborative thought,” said the author of the book, Peter Bouteneff.

According to musicologist Toomas Siitan, one of the most enticing features of the book is that the author uses the vocabulary of a “non-musician” when discussing music, which is also the vocabulary of the listener of that same music. “With simple language, yet without diminishing the weight of the text, Bouteneff can also discuss philosophy and theology, reconciling the academic and non-academic reader,” Siitan says.

The appendix to the book published by the Arvo Pärt Centre includes the first Estonian translation of the entire prayer text of St Silos of Athos “Adam’s Lament” translated by high priest Toomas Hirvoja. One part of this text is the basis for one of Arvo Pärt’s recent major works, Adam’s Lament, completed in 2010.

The book Arvo Pärt. Out of Silence was translated into Estonian by Marrit Andrejeva and designed by Angelika Schneider.

Peter Bouteneff, professor of theology at St Vladimir’s Seminary has a music education from Boston University in addition to a doctorate in theology from Oxford. He has been an ardent and attentive listener of Arvo Pärt’s music since 1990, when he personally met the composer. Peter Bouteneff teaches systematic theology and spirituality and leads the Arvo Pärt Project at St Vladimir’s Orthodox Theological Seminary. 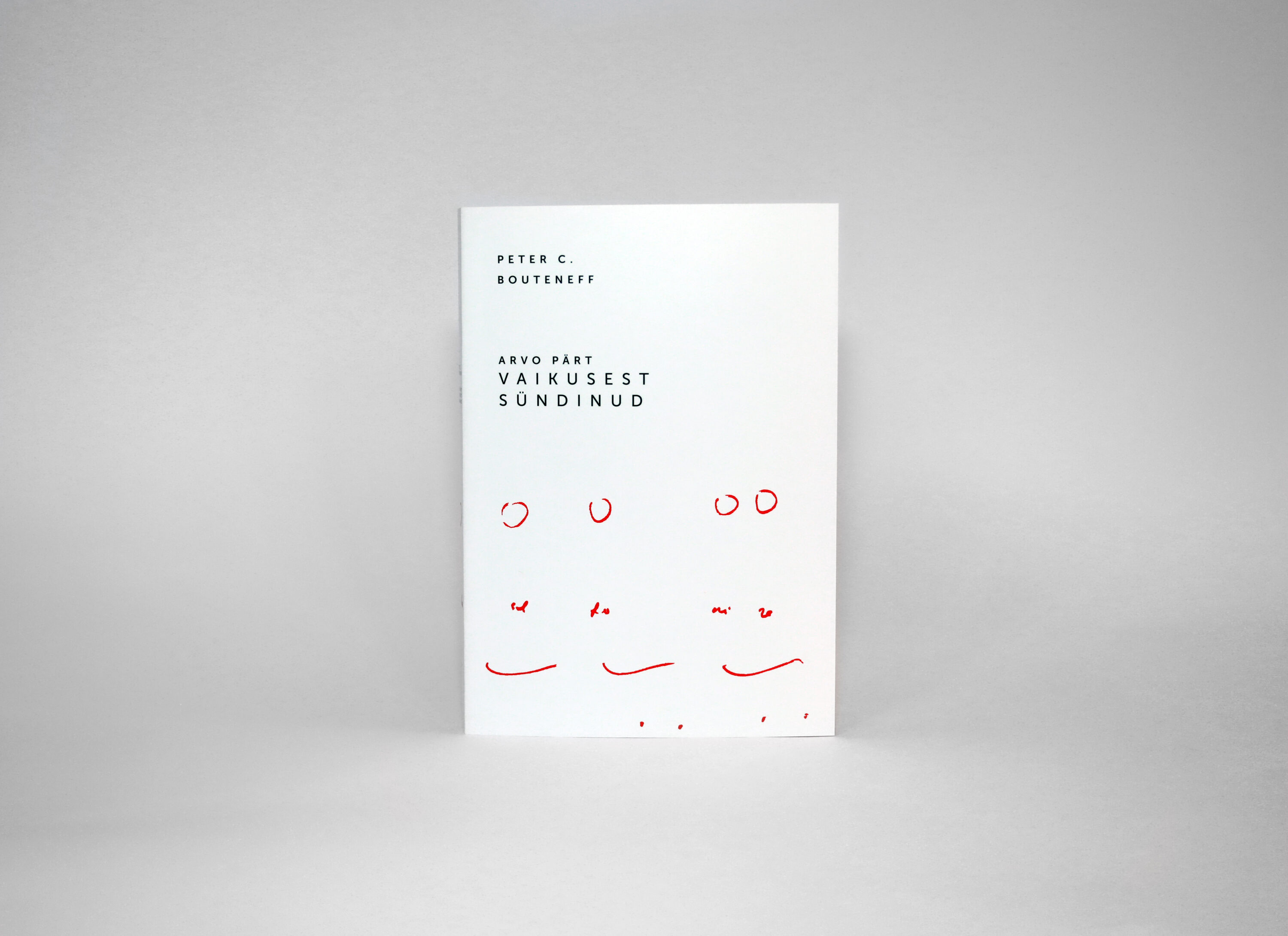