“It was 7 February 1976, a beautiful sunny winter’s day,” Nora Pärt recalls. There was brightness and inspiration in the air and Nora suggested they take a longer walk through the forest in Nõmme. However, Arvo Pärt was not getting up from his dark brown pianino anytime soon… They didn’t make it to the forest that day; however, the piano composition Für Alina was born. With this small piece the composer found his own voice and compositional style, which he named tintinnabuli.

The journey to his own voice was far from easy. It was preceded by eight years of searching, experiments, dead ends and starting from scratch. “Back then I didn’t even know if I would be able to compose music ever again,” Arvo Pärt has said about that period on his life. The composer searched for inspiration everywhere: in Gregorian chant and early polyphony, in the strength of a seagull’s wing flapping and a drawing of a mountain silhouette, in the Scripture and in prayers.

It might have been about two years before the birth of tintinnabuli, in 1974, when Arvo and Nora Pärt met the icon painter Viktor Krivorotov in Georgia, who also dealt with creative psychology. And Nora asked for his advice. What can he do? How could he find a way out of this creative dead end? “And Krivorotov recommended experimenting with different types of art – precisely the ones you do not know or command. You just have to have the courage to do poorly and fail, and even have a certain impudence,” Nora relates.

As the paper and canvas felt too demanding to paint on, at some point they arrived at flowerpots – ordinary clay pots that usually came with flowers. “And then I just waited for the flowers to dry, to get the pot,” she continues. In the beginning it was only Nora who painted the pots with water-based paint, but one day Arvo too took a pot in his hands. “And what did he paint? Some sort of lines. Simple lines in different colours,” Nora recalls. We will never know if it was painting that eventually got the composer’s creativity flowing again, but indeed it released something in him.

Eventually there were numerous painted flowerpots in their home on Vilde tee in Mustamäe (even the composer’s guests got to try their hand at painting), so that there were finally around a hundred brightly coloured containers filling the entire shelf under the ceiling.

Only one of these has made it to the Arvo Pärt Centre: one painted by Arvo himself, with the date “4.3.77” written inside. And even that flowerpot found its way back to the composer in a round about sort of way. In the late 1970s, Arvo gave the pot as a gift to Wilfried Brennecke, the former music editor at West German Broadcasting Cologne. Years later, when Arvo and Nora, already living in Berlin, visited Brennecke and Arvo recognised his flower pot, this encounter with an old friend moved the composer so deeply that Brennecke decided to return the flowerpot to the Pärts.

Written by Nele Meikar based on the memories of Nora Pärt 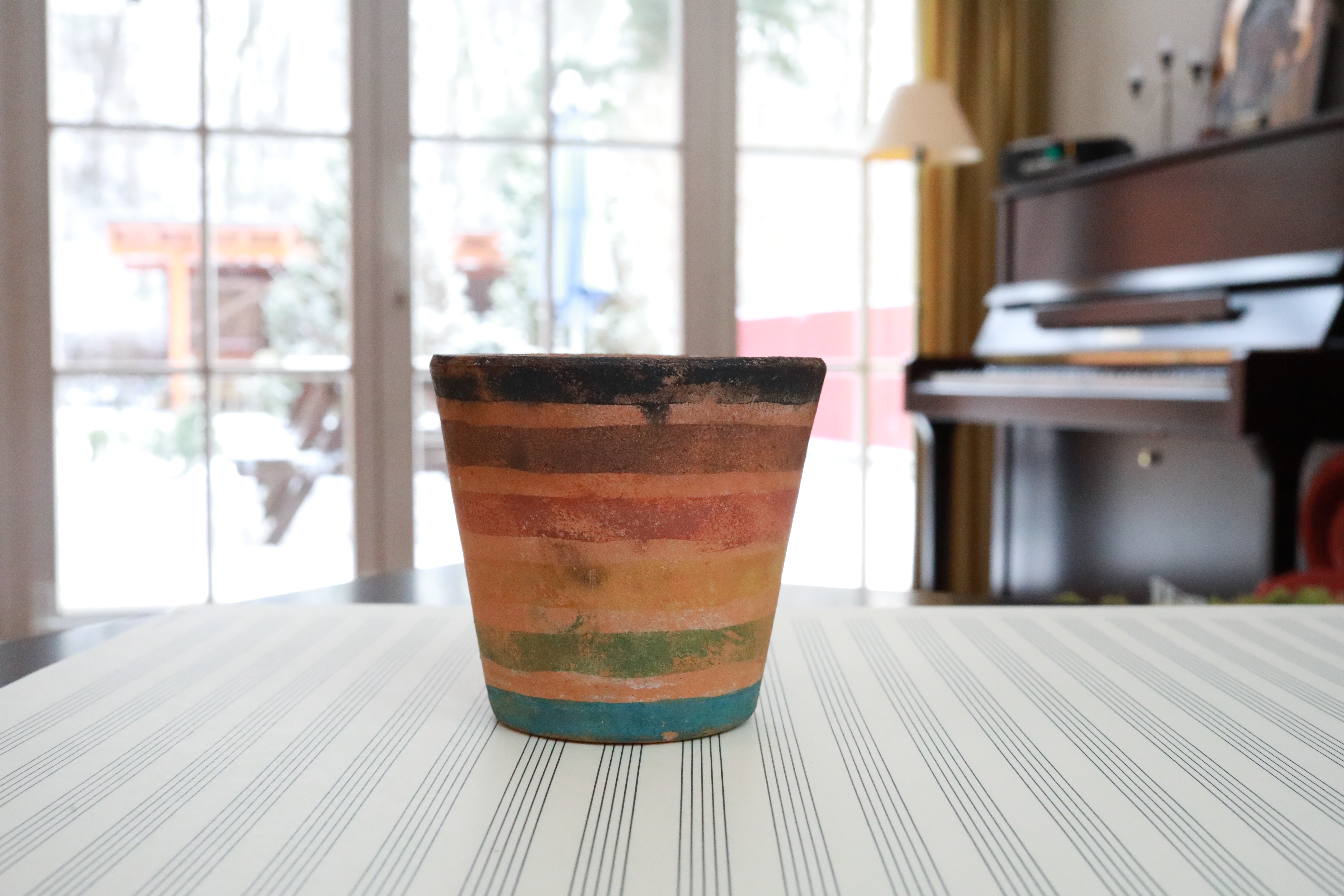