On 20 June, President of Estonia Toomas Hendrik Ilves announced the winners of the contest for the architectural design of the Arvo Pärt Centre building at the Museum of Estonian Architecture in Tallinn. In the unanimous assessment of the jury, the first prize was merited by the contest entry titled “Tabula” by Fuensanta Nieto and Enrique Sobejano from Nieto Sobejano Arquitectos, S.L.P. (Spain). The first prize is 10 000 euros.

The objective for the two-stage international design contest, organised in collaboration between SA Arvo Pärdi Keskus (Arvo Pärt Centre) and the Union of Estonian Architects, was to find the best architectural design for the creation of a building for the Arvo Pärt Centre at Laulasmaa outside Tallinn. The jury assessed the conceptual and formal quality of the contest entries, whether they met the requirements of the Arvo Pärt Centre, how they would fit with its surroundings, and also the feasibility of the architectural design.

According to Michael Pärt, chairman of the jury and Arvo Pärt’s son, the winning design is conceptual and architecturally fresh, meeting the jury’s expectations best: ““Tabula” creates a harmonious and flexible environment for Arvo Pärt’s music. What deserves to be singled out in particular about this contest entry is its spatial arrangement and thoroughly considered thematic lighting.”

The architectural design contest was announced on 25 November 2013. The objective for the first stage was to identify architects whose creative output to date best fits with the the concept and requirements of the Arvo Pärt Centre. Seventy one applications for entry to the contest were received from all over the world, with 20 entrants invited by the jury to the second round of the design contest according to the ranking based on the results of assessment. They were expected to produce a thorough sketch-level elaboration of a concept for the Centre building.

In the second stage, the jury picked three main prize recipients and three special prize recipients. The prize pool is 30 000 euros, the first prize is financed by Estonian Cultural Endowment.

Peeter Pere, Vice Chairman of the Union of Estonian Architects and member of the jury, noted: “The awarded entries present the best combinations of simultaneously perceptible daring, purity, genuineness, simplicity, radicalness, asceticism, airiness, tenderness, conciseness, slow-motion speed and also the pearl rather than the mammoth, grandeur or intimacy, warmth, cosiness, rigour or forcefulness. In summary: the nature of the future Centre has been captured in the best possible way.”

For its original concept and daring in thinking beyond the set bounds, the jury decided to specifically single out the contest entry titled “Meie aed [Our garden]” (by Rok Oman and Špela Videcnik from OFIS arhitekti d.o.o. (Slovenia)).

An exhibition showcasing all the contest entries will be on display at the Museum of Estonian Architecture until 31 August 2014.
View the photos of all the works: Arhitectural competition 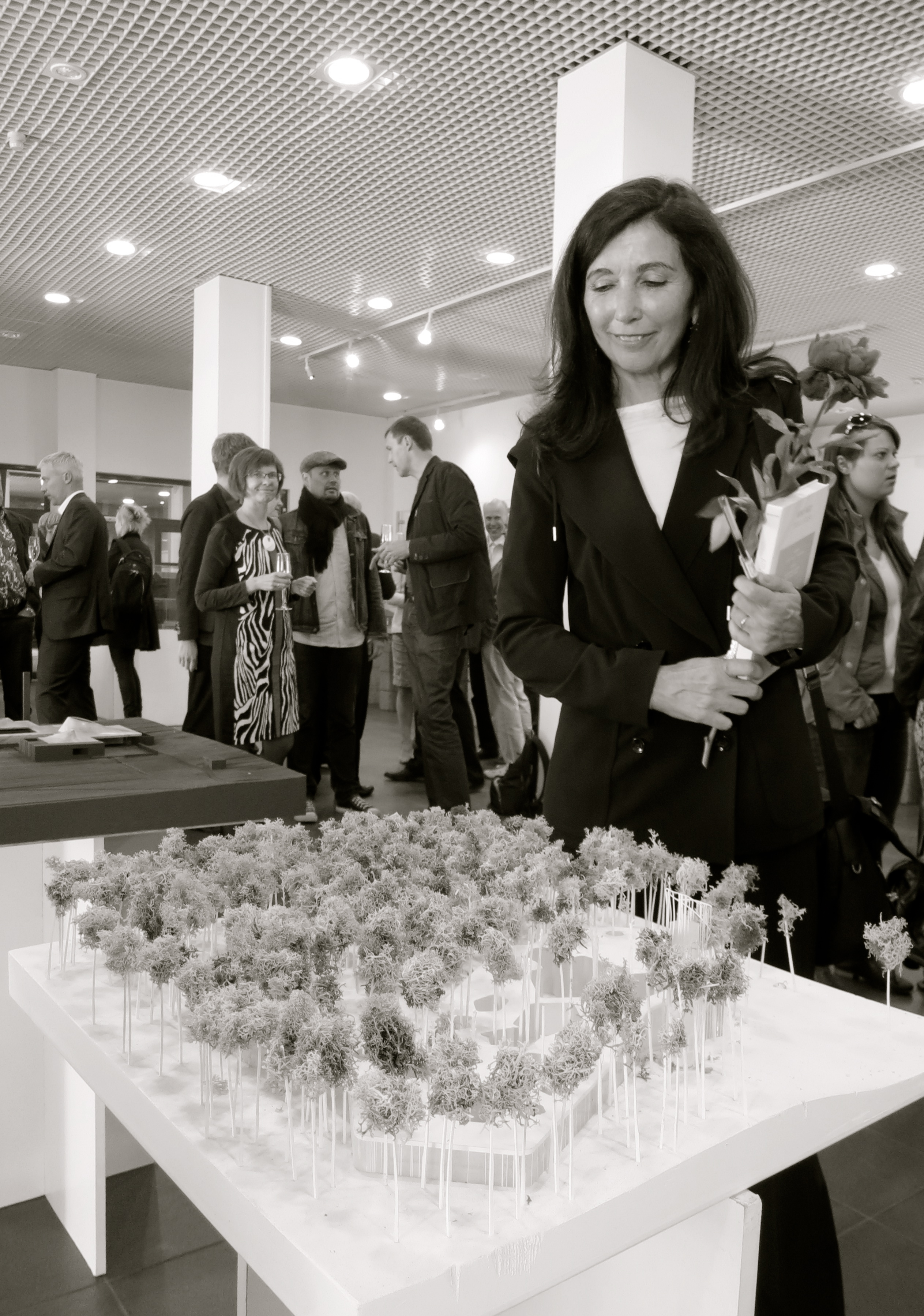