On 15 June 2015, the president of the Republic of Austria, Heinz Fischer, ceremonially presented the Austrian Decoration for Science and Art – which is the state’s highest decoration for remarkable services in this field of activity – to Arvo Pärt. The decoration has been awarded since 1955, and the fact that the number of its recipients is strictly limited, makes it special. There can be only 72 people wearing the decoration at the same time, half of which are Austrian citizens and half foreign nationals.

Close cultural ties between Austria and Estonia came into being immediately after Estonia regained independence. Along with literature and art, cooperation in the field of music became especially important, and Arvo Pärt’s work has offered a number of opportunities for interaction. After Pärt left Estonia – then part of the Soviet Union – in 1980 as persona non grata, he was warmheartedly welcomed by the Republic of Austria, which granted him citizenship on recommendation via an accelerated process. It is noteworthy that Arvo Pärt received the award as an Austrian citizen, thereby building a bridge between the two countries.

The award ceremony took place in the Hofburg Palace in Vienna, which is also the official residence of the president of Austria. The ceremony was preceded by a concert in the chapel of Josephskapelle where Erwin Ortner conducted the Arnold Schoenberg Choir performance of Arvo Pärt’s works “The Woman with the Alabaster Box”, “Nunc dimittis”, “Virgencita” and “Drei Hirtenkinder aus Fátima”. Peter Matić, a well-known Austrian actor, read texts written by one of the most influential contemporary Austrian poets, Friederike Mayröcker between the musical performances.

More than 80 people around the world were invited by the president of Austria to take part in the ceremony and dinner party. Among the guests were the director of the publishing house Universal Edition, Astrid Koblanck, and the Ambassador of the Republic of Estonia in Vienna, Eve-Külli Kala.

Arvo Pärt has previously been awarded with the Austrian Cross of Honour for Science and Art First Class, and the Herder Award, which is presented by the University of Vienna. 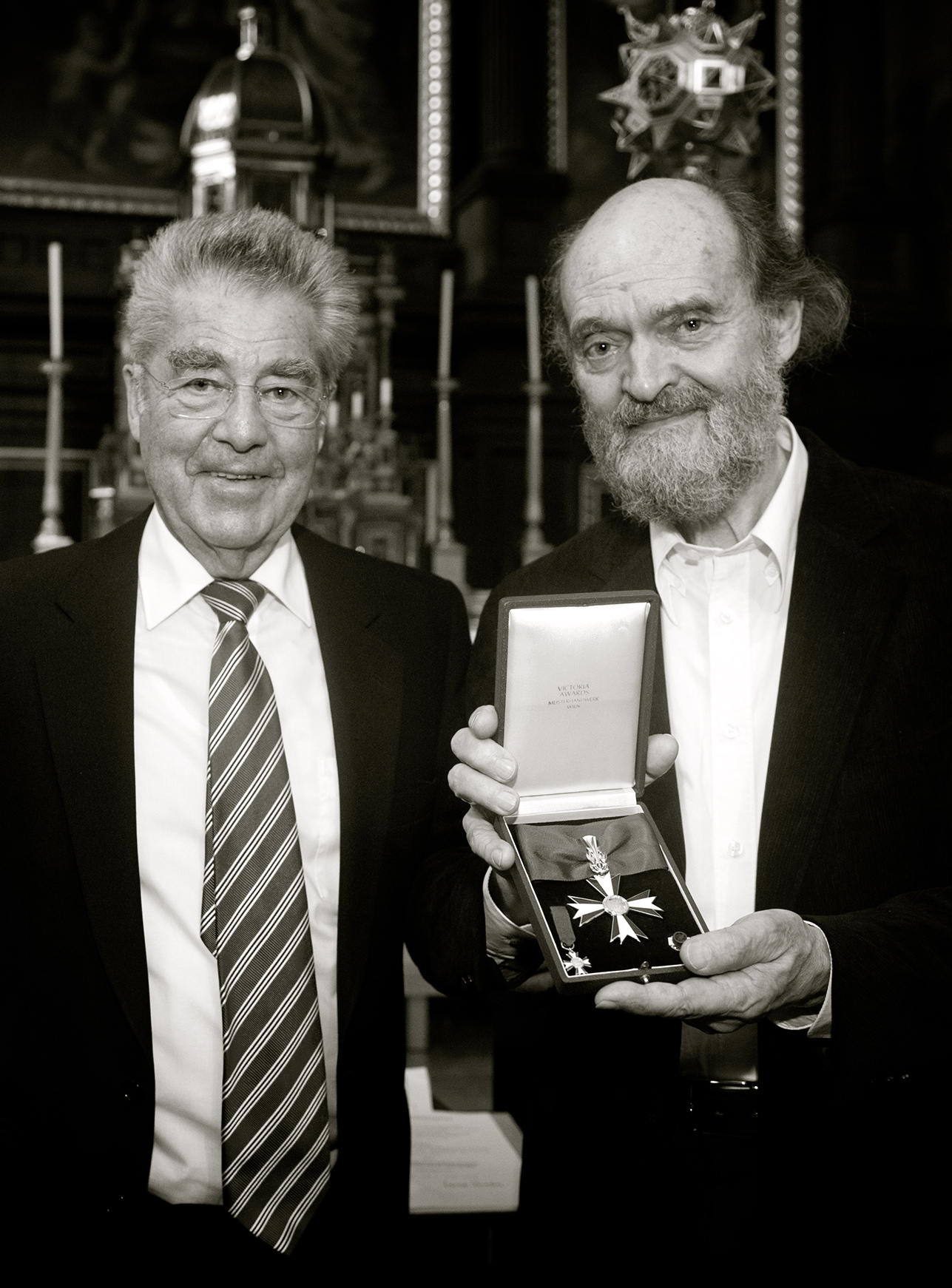