The President of the Republic of Latvia Raimonds Vējonis awarded Arvo Pärt a state decoration of Latvia, the Cross of Recognition 2nd Class (Grand Officer).

The President of Latvia awards the Cross of Recognition for faithful service to fatherland, as well as both to Latvians and foreigners for their outstanding merits in Latvian science, culture and education.

The decoration was ceremonially presented to Arvo Pärt during the state visit of the President of Latvia to Estonia. The presidential couple attended yesterday the state dinner hosted by the President of the Republic of Estonia Kersti Kaljulaid and Mr Georgi-Rene Maksimovski at the Arvo Pärt Centre in Laulasmaa.

At the same time the President of Estonia Kersti Kaljulaid awarded the principal conductor of the Estonian Philharmonic Chamber Choir Kaspars Putniņš  the Order of the Cross of Terra Mariana 4th Class. 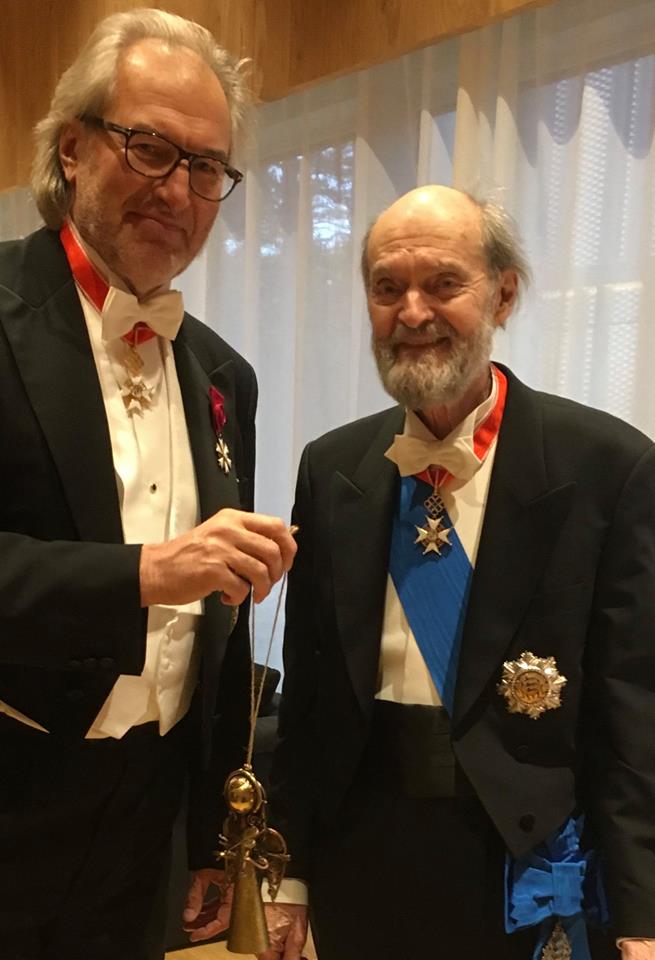