Arvo Pärt was chosen as the first honorary citizen of the rural municipality of Keila. This title was given to the composer on 6 February at a reception held at the Kumu art museum by Aleksei Shatov, chairman of the council of Keila Parish, and Jaan Alver, Parish mayor. Some people of Keila parish were also awarded the honorary decoration and honorary plaque at the reception.
The premiere of the documentary “Helide maa“ (“Land of Sounds”) was held at the reception. The documentary gives an overview of the history of Keila Parish, as well as introducing cultural sights situated in the Parish, for example, Keila-Joa castle, Kõltsu and Ohtu Manors, Lohusalu Marina and Arvo Pärt Centre. The documentary includes interviews with Arvo Pärt, Rein Lang, Neeme Kuningas, Andrei Dvorjaninov and others. 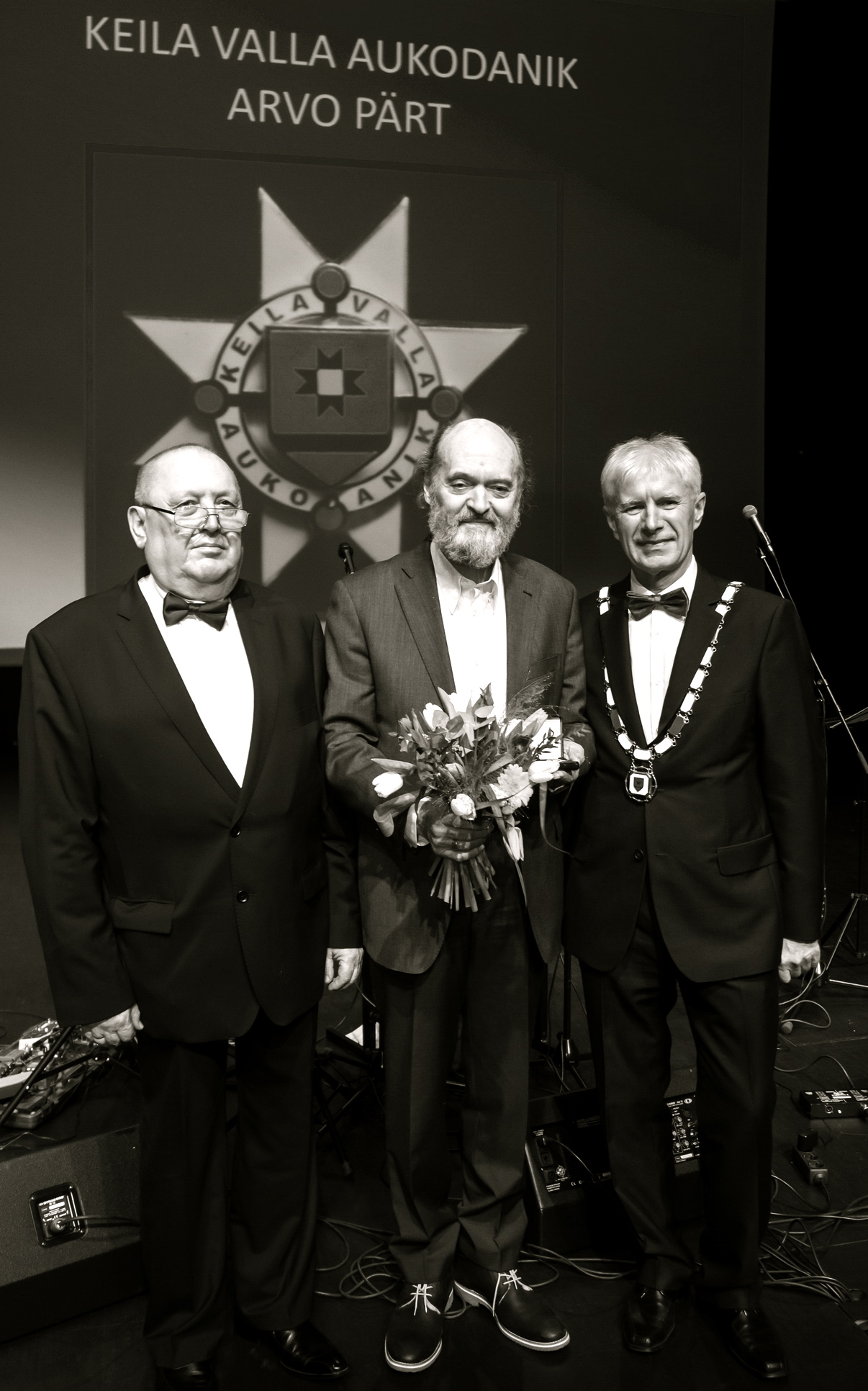