Félicité by director Alain Gomis is very likely one of the most exotic films to be screened at the Arvo Pärt Centre film nights, bringing to Tallinn the sounds, scents, colours and social atmosphere of Kinshasa, the capital of the Democratic Republic of the Congo in Central Africa. The film certainly offers the most unexpected performances of Arvo Pärt’s works we have ever heard. In the strange blue light from a few light bulbs in the outskirts of a Kinshasa slum, a collective of true amateurs, Orchestre Symphonique Kimbanguiste performs three of Arvo Pärt’s works: Fratres, Sieben Magnificat-Antiphonen and My Heart’s in the Highlands. Their performance might make listeners who are accustomed to the meticulously polished performances of professional collectives raise their eyebrows in surprise. These moments, however, as if detached from the narrative of the film, could be seen as a kind of mirror that helps us reflect on the appropriate (or ideal) way of performing music and the right of amateur music enthusiasts to play the music close to their hearts.

Alain Gomis’ fourth full-length film, Félicité premiered at the 2017 Berlin Film Festival, receiving the Silver Bear Award by the jury. The protagonist, Félicité, is a woman who loves music more than anything else and often sings in Kinshasa bars, but whose life is ruined by her son’s motorcycle accident. Félicité needs to quickly find money for surgery, a not too easy task in challenging conditions. Alain Gomis has created a film full of music, where a socially sensitive story unfolds through documentary authenticity. The Kasai Allstars, a well-known collective at world music festivals, creates a local musical atmosphere, yet it is the sacred sound of the strange performances of Arvo Pärt’s works that elevates the film from the harsh reality of life in Africa. 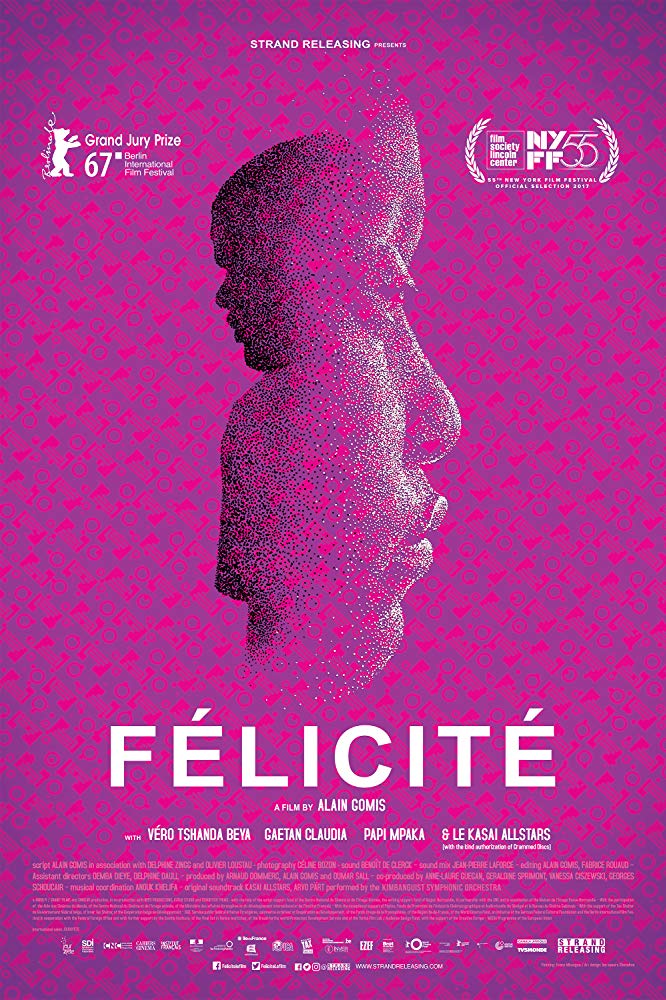