Loveless is a painful story of family conflict with the tension of a crime thriller. The action takes place in modern-day urban Russia. Zhenya and Boris, who seem to be reasonably well off, are in the process of going through a frustrating and painful divorce. They still live together, but in their thoughts they are impatient to move onto the next stage and begin their lives afresh with new partners. Maybe they will manage not to repeat the same mistakes they made in the marriage they are leaving behind. In the midst of this their 12-year-old son Alyosha has been completely neglected and overlooked. After yet another dreadful argument, which the boy overhears, Alyosha disappears without a trace …

This film is Andrey Zvyagintsev’s fifth feature length film and he continues with his typical psychologically accurate and unflinching realism to shed light on society and people. For the first time Zvyagintsev has used a digital camera instead of film and also relatively lesser known actors. Zvyagintsev’s films are awaited and feared and he does not disappoint this time. After the more epic Leviathan, he has returned to a more intimate style of film.

Arvo Pärt’s Silouan’s Song directed by Paavo Järvi and performed by ENSO is played twice during the film. 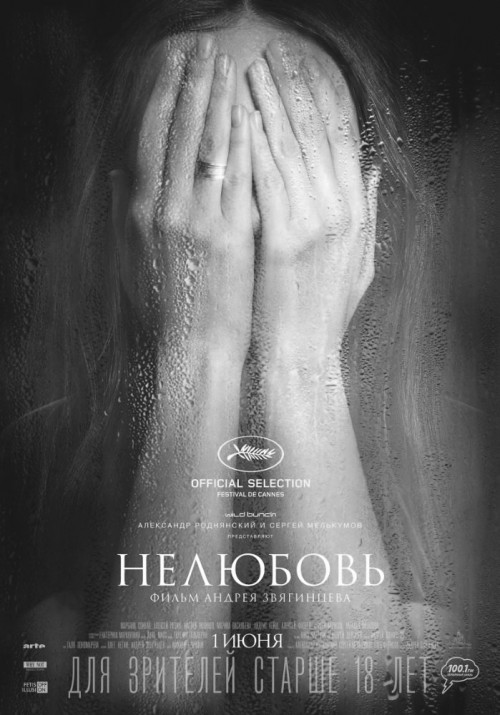