Arvo Pärt Centre (live transmission of the concert from Stockholm)

The summer season at the Arvo Pärt Centre will conclude with a live transmission of the concert MS Estonia in memoriam at the Baltic Sea Festival, dedicated to the memory of those who died in the ‘Estonia’ ferry disaster. The audience gathered in the hall of the Arvo Pärt Centre can experience via video linkup the concert taking place on 28 August at the Berwaldhallen in Stockholm: Jaakko Mäntyjärvi’s Canticum Calamitatis Maritimae, written to commemorate the ‘Estonia’ ferry disaster, and Sergei Rachmaninoff’s All-Night Vigil will be played, the Swedish Radio Choir will be conducted by Tõnu Kaljuste.

The concert will be preceded by a discussion between Joonas Hellerma and academic and oceanographer Tarmo Soomere (in English), which will take place in the chamber hall of the Arvo Pärt Centre in Laulasmaa and reach Stockholm and other countries participating in the festival via video linkup. 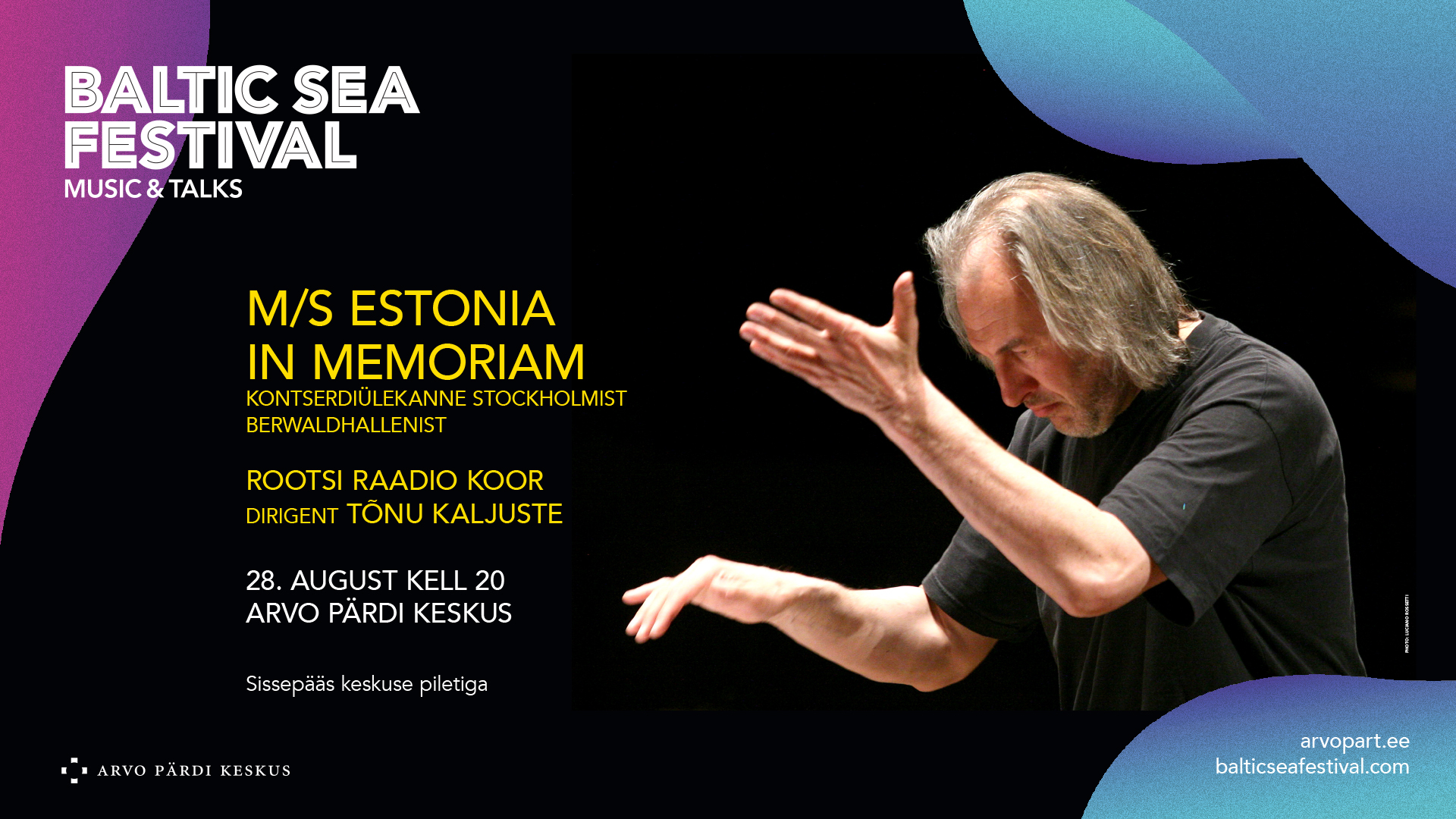