Each artist mediates life through art in a unique way, and apparently this great secret cannot be fully mapped by bystanders, whichever medium they may use.

A portrait documentary is a window that might allow us to gain some insight into a person’s life. In Estonia, the life of Arvo Pärt has been admirably captured by Dorian Supin in several films over almost forty years. This film by Dutchman Paul Hegeman offers a distinctive look at the influence of Arvo Pärt’s music, seeking to understand the wonder of Pärt through the eyes of professional musicians. Certainly, the composer reveals himself to the viewer from a different angle during an intensive period of rehearsals. The film focuses on a collaboration with the Cello Octet Amsterdam, who premiered O-Antiphonen in October 2008. The composition is also dedicated to the collective. 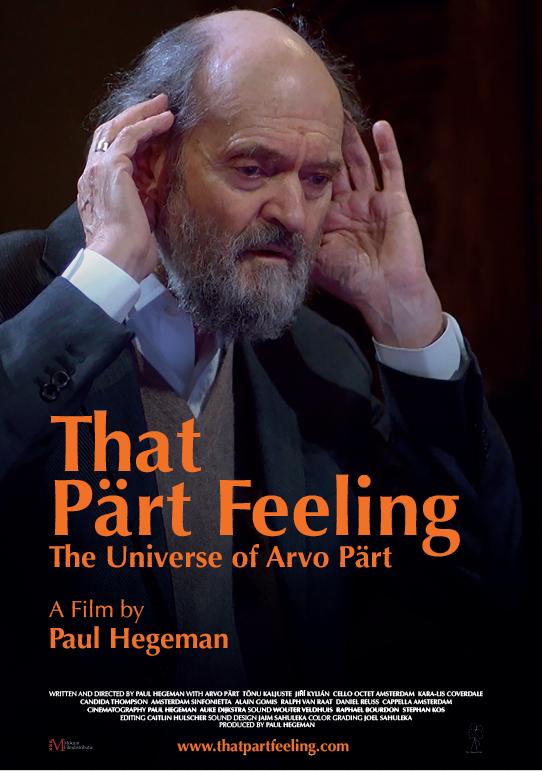