The 7 March will be the 130th birthday of the grand old man of Estonian music, composer and composition teacher, Heino Eller. Arvo Pärt studied at the Tallinn State Conservatory in Heino Eller’s composition class from 1957 to 1963. Arvo Pärt recalls his teacher:

„I remember my composition teacher Heino Eller, and the years I spent studying with him, with much gratitude. I find it difficult to say what impressed me most: his manner of teaching or his personal charisma. The generosity and magnanimity of Heino Eller and his works have, over the decades, merged in my mind into an overall picture that has influenced me to this day.

As a pedagogue he was invariably open to modern trends in the Arts. He allowed pupils to find their own way and respected their personal decisions, even if these sometimes differed from his own ideals. He imbued us with the sense of responsibility toward what we created, teaching us to remain true to ourselves. Heino Eller once said that his pedagogic goal was the development of each pupil`s personality and individual musical language. The works of more than fifty pupils, from Eduard Tubin to Lepo Sumera, bear witness to this intention.

His personality belonged to a different generation. Through it we came into contact with the pre-revolutionary aristocracy and its cultural heritage. Soviet ideology was unable to muddy his knowledge of human and cultural values. After his studies in St. Petersburg with its centuries-old tradition, he set quite new standards in the small country of Estonia and laid the foundation for professional music-making here.

Characteristic of Heino Eller`s oeuvre is its strict logic, cultivated stylistic sense, fine and masterful orchestration, and a highly-defined personal manner. These characteristics place him on the level with the great Nordic composers. One might say that Heino Eller`s Homeland Song has achieved a symbolic character for Estonia similar to that of Sibelius`s famous composition Finlandia in Finland.

Now that I am the same age my teacher was then, I have come across a saying by Eller, one that I never heard him utter while he was teaching: „It is more difficult to find a single right note than to put a whole mass of them down on paper.“ Although he never talked about it, he obviously succeeded in anchoring the painful search for the one „right note“ in my soul.“

This text appears in the CD booklet to ECM New Series 1745 – Heino Eller, Neenia (2001) and in Arvo Pärt in Conversation (translated by Robert Crow), p 9. 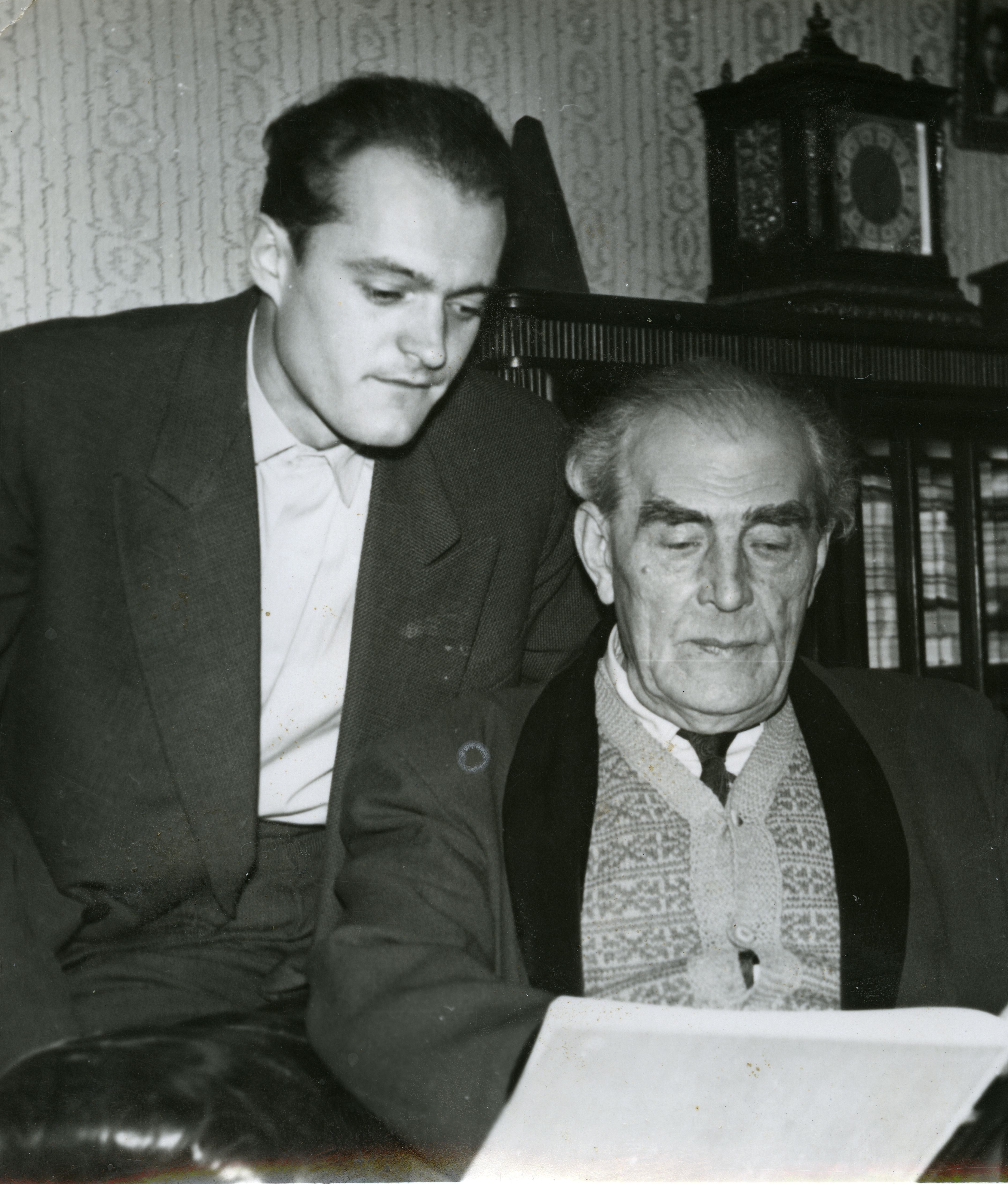