Today, the Embassy of the Republic of Poland in Tallinn held a ceremony to award Arvo Pärt with the Per Artem ad Deum medal bestowed by the Pontifical Council for Culture in recognition of achievements that contribute to the promotion of dialogue between the diversity of cultures in the contemporary world and thus promote man as an individual.

The medal of recognition from the Pontifical Council for Culture (Pontificum Consilium de Cultura) was presented to the composer by Dr Andrzej Mochoń, member of the medal committee and president of Kielce Trade Fairs. The festive ceremony was honoured by the presence of Mr Robert Filipczak, Ambassador of Poland to Estonia.

The Per Artem ad Deum gala awards ceremony is traditionally held during the international church exhibition SACROEXPO in Kielce, Poland. Arvo Pärt was awarded the medal on 20 June 2016 along with two other laureates, Polish singer and composer Antonina Krzysztoń and Italian sculptor and goldsmith Arnaldo Pomodoro. The award ceremony for Arvo Pärt at the Polish embassy in Tallinn was an exception to the tradition.

In 2011, Pope Benedict XVI nominated Arvo Pärt as a member of the Pontifical Council for Culture. 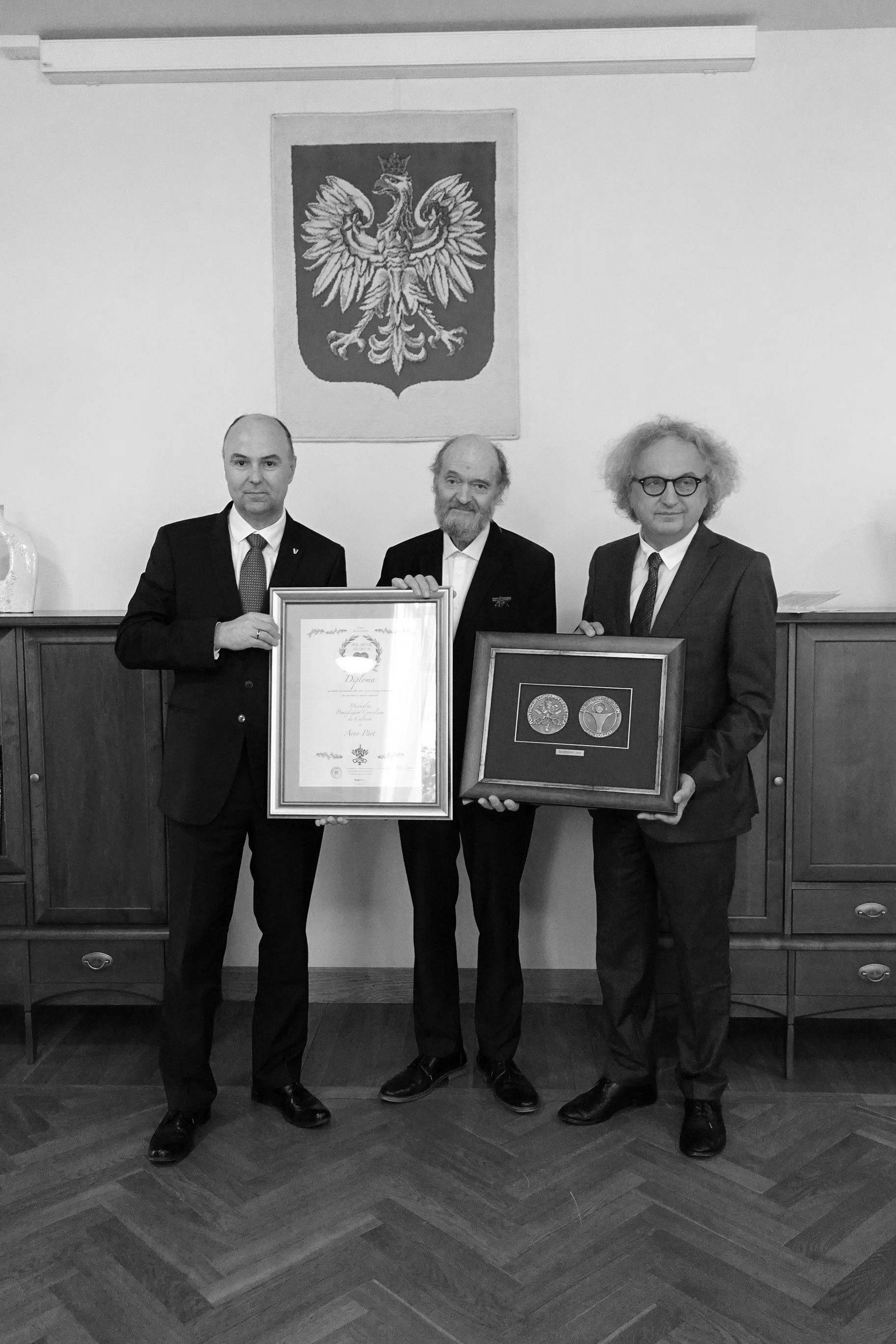