Vater unser is performed by the boy soprano Heldur Harry Põlda and the composer on the CD recorded by Estonian Record Productions and released in cooperation with the Arvo Pärt Centre. It was recorded in the Estonia concert hall on 30 March, 2011.  The sound engineer was Tanel Klesment, and the recording producer was Peeter Vähi.

Vater unser (Our Father) was created in 2005 from a German prayer for piano and boy soprano or countertenor.

The CD single comes with the score included in the booklet.

The CD single is available from the Arvo Pärt Centre webshop.

Listen to a fragment of Vater unser: 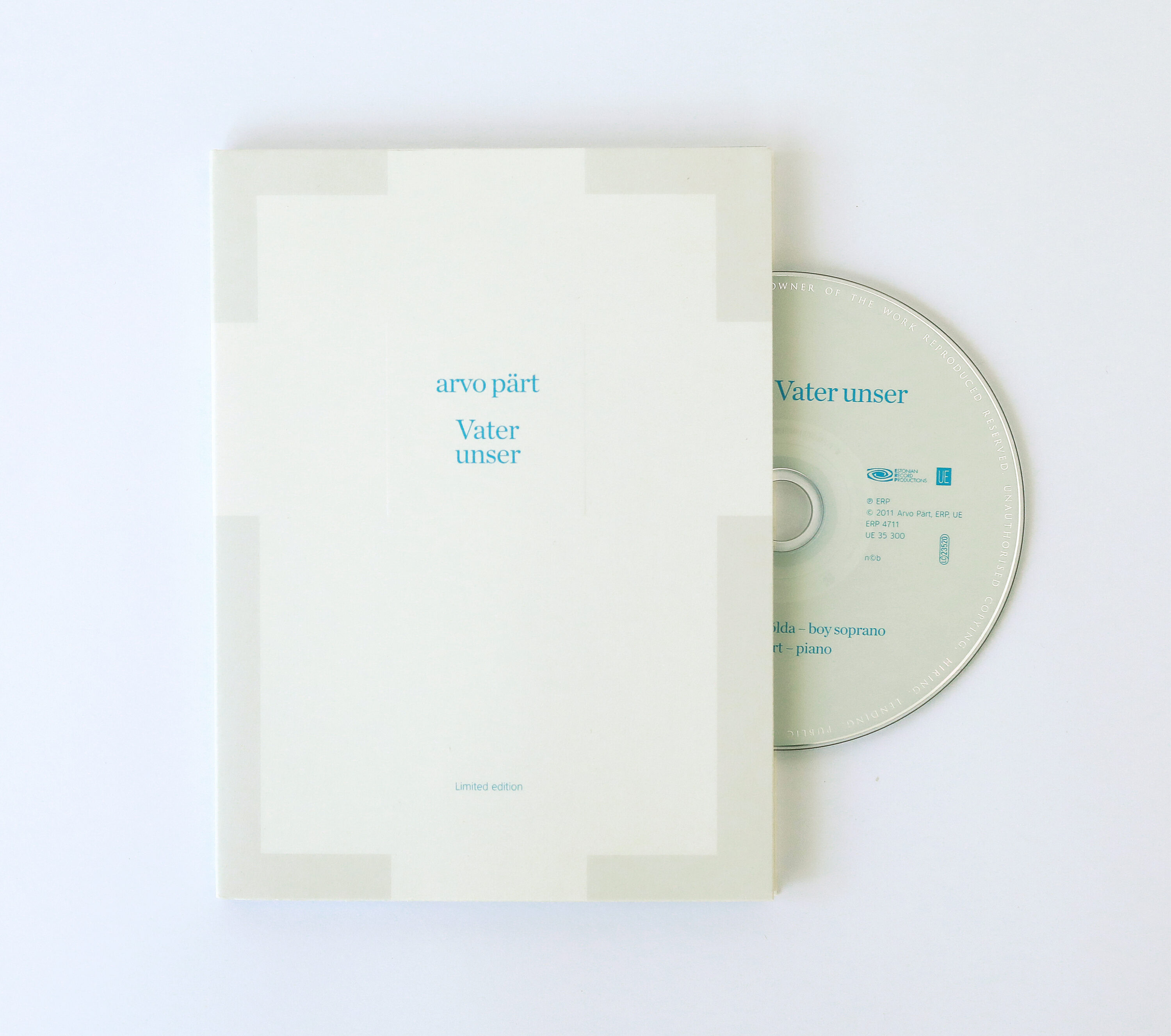