Pärt composed the songs on the album between 1956 and 1970, mainly for theatre plays and cartoons. They were first compiled on the CD Songs from Childhood (Lapsepõlve lood), released in 2015 on the initiative of singer and conductor Kadri Hunt in cooperation with the Arvo Pärt Centre and Estonian Public Broadcasting.

Some of the songs selected for the album were already on Arvo Pärt’s official list of works, including I Am Already Big (Mina olen juba suur), the opening words of which, “I’m off to kindergarten, not a baby in a crib!” are remembered by many adults from their own kindergarten days. Released on the record in 2015 are also about a dozen other songs which had previously existed only as manuscripts in the archives of the Estonian Theatre and Music Museum and the Arvo Pärt Centre. In collaboration with Arvo Pärt, composer Tauno Aints has created colourful new instrumental arrangements for the album, presented as separate phonograms.

The vinyl record Songs from Childhood was made as a collaboration between the record company TIKS and the Arvo Pärt Centre.

“Now finally available to everyone, this vinyl album is also important in the Estonian history of vinyl records more generally. To our knowledge, it is the first vinyl record of children’s songs released in re-independent Estonia and also the first vinyl compilation of Arvo Pärt’s music produced entirely in Estonia. It is simply a great honour and pleasure for TIKS Records that the Arvo Pärt Centre agreed to undertake this project with us,” said Peeter Ehala, the CEO of TIKS Records.

“During the completion of this album, it has become clear that Arvo Pärt’s songs are literally ‘songs from childhood’ for several generations through theatre performances, cartoons and school songbooks. Not only do they delight today’s children, but they also have a special nostalgic value for many mothers and fathers, even grandmothers and grandfathers,” said Kristina Kõrver from the Arvo Pärt Centre.

The vinyl record will be available in the online store of the Arvo Pärt Centre, the online store of TIKS Records, and from the coming week also in record stores all over Estonia. 5 euros from each purchased record goes to the Bully-free School Foundation. 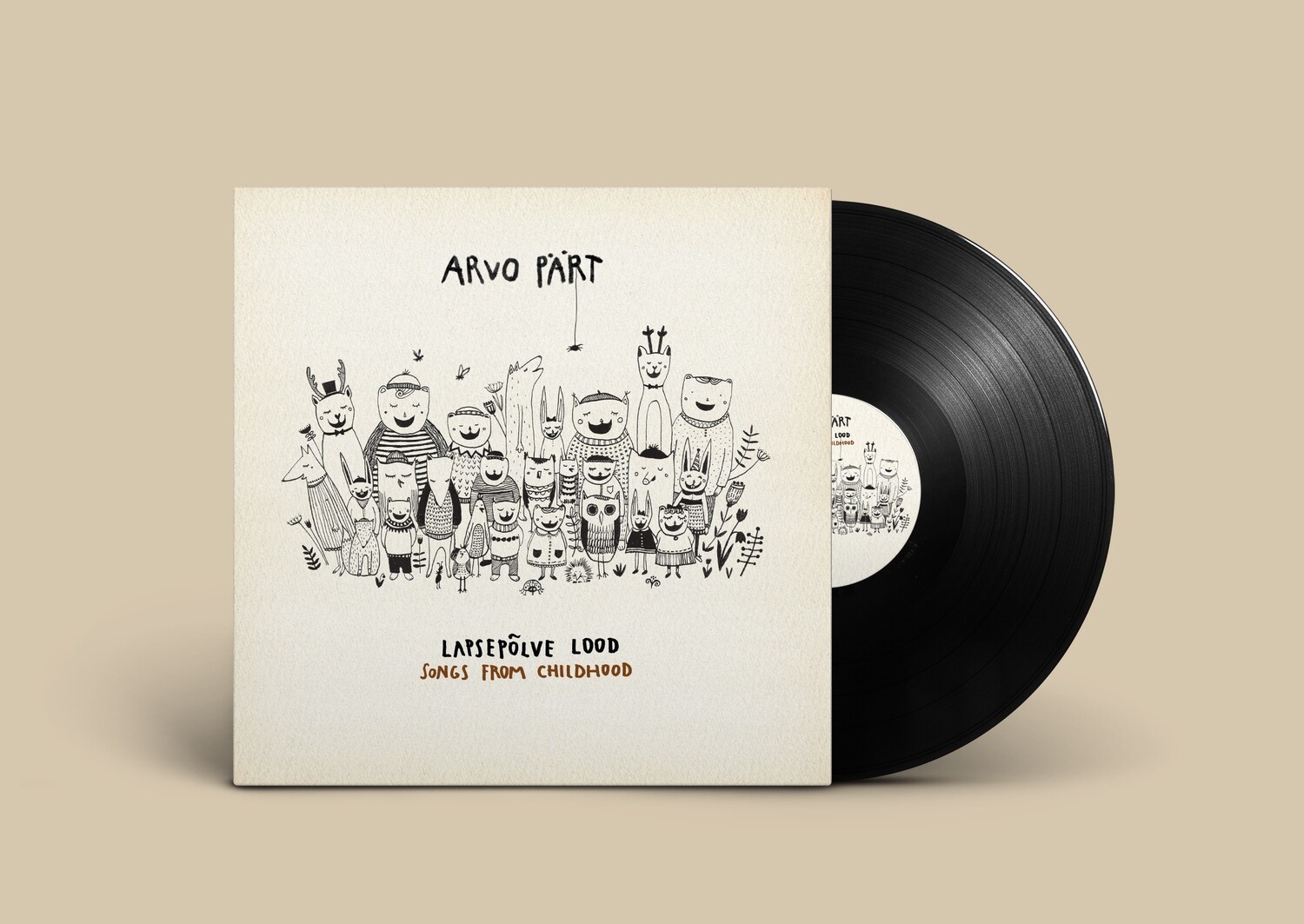