The summer season of Nargen Festival will be finishing with the traditional Arvo Pärt’s Days.
At the opening concert on 2 September in St. John’s Church, Estonian and Latvian musicians will present the full program of Arvo Pärt’s works from the disc “Adam’s Lament” that won the Grammy award for the best choral performance. On 3 September, the Estonian Philharmonic Chamber Choir will perform “Kanon Pokajanen”, a different interpretation of the same work can be heard on 6 September by Vox Clamantis. On 4 September, the EPCC and Tallinn Chamber Orchestra will present works mainly from 1980ties, while on 9. September the YXUS Ensemble performs works from the program of the legendary concert that took place on 27 October, 1976 at the Estonia Concert Hall, where the title – tintinnabuli – was introduced for the first time.
On 11 September, Arvo Pärt’s birthday will be celebrated with two monumental works with Estonian National Symphony Orchestra and Tõnu Kaljuste: “Lamentate” with Marrit Gerretz-Traksmann (piano), and “Como cierva sedienta” with Patricia Rozario (soprano, UK). 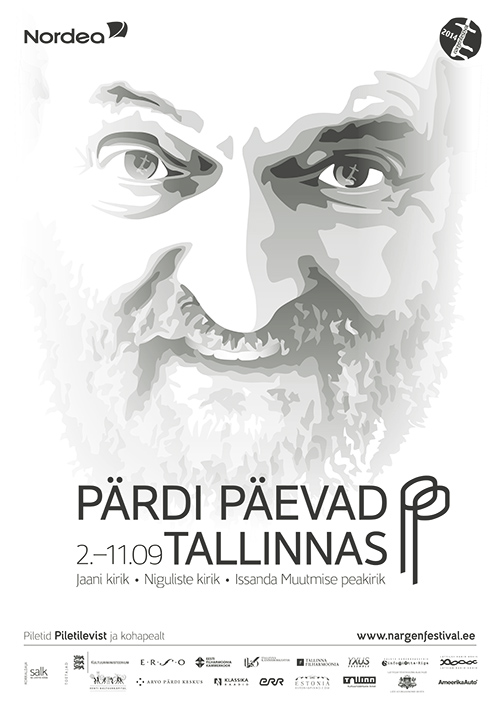