The new work by Arvo Pärt, “Kleine Litanei”, which was premièred at the reopening of St Virgil’s Chapel in Vienna last week, will have its Estonian premiere on Thursday 17. December in St. Mary’s Cathedral in Tallinn. The piece will be performed on the christmas concert of the Estonian Academy of Music and Theatre by ensembe Vox Clamantis and the conductor Jaan-Eik Tulve.

The christmas concert will be held to support the construction of the large hall for the Estonian Academy of Music and Theatre. After the performances of the EAMT choir and orchestra conducted by the EAMT students and Tõnu Kaljuste, the event will continue with a procession to the plot of the new hall, where 19 candles will be lit on a christmas tree – one for each year that has passed after the official decision to build the EAMT hall.

The piece “Kleine Litanei” was created in October 2015, on the commission of the Wien Museum for the reopening of St Virgil’s Chapel in Vienna. At the ceremonial opening night “Kleine Litanei” was performed by the Arnold Schoenberg Choir and conductor Erwin Ortner, to whom the piece is dedicated. 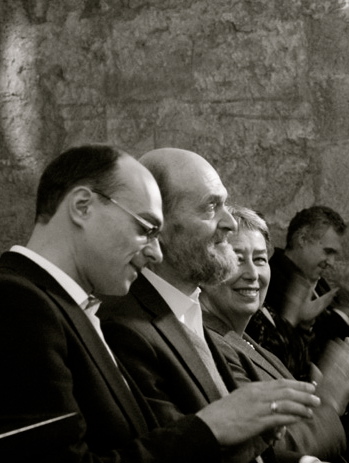