The Arvo Pärt Centre published a collection of articles by the renowned Austrian musicologist Leopold Brauneiss – Arvo Pärdi tintinnabuli-stiil: arhetüübid ja geomeetria (Arvo Pärt’s tintinnabuli style: archetypes and geometry), which is so far the most thorough and in-depth analysis of Arvo Pärt’s unique composition technique in the world.

“I’ve been living with Arvo Pärt’s tintinnabuli compositions for 20 years – both listening to them and trying to understand them better, and to learn from the composition technique. I suppose I have sometimes been more successful in this than at other times, but my research has always had the underlying desire to be attentive, to focus on what’s important, even in the details,” explains Leopold Brauneiss, the author of the articles.

The Austrian musicologist Leopold Brauneiss has been researching Arvo Pärt’s tintinnabuli style since 1997. Through a detailed analysis he has arrived at a deep understanding of the archetypal essence and nature of tintinnabuli. Brauneiss has also analysed the musical geometry of Pärt’s works on different levels, and has realised some pithy philosophical generalisations. The collection includes outstanding articles and presentations by Brauneiss, which have not been previously published in Estonian, and as a collection have never been published in any language.

The book was compiled and translated by the musicologist Saale Kareda, who said that Brauneiss’ music-analytical approach is the most thorough and in-depth scientific analysis of the tintinnabuli style in the world.

“While Paul Hillier created the terminology for analysing tintinnabuli music in his monograph in 1997, over the years, Leopold Brauneiss has developed a systematic approach to mapping the tintinnabuli composition technique, which future research can use,” highlights Saale Kareda.

“The essays in this new collection add a deep philosophical dimension to the music-analytical approach,” said co-editor of the collection, Professor Toomas Siitan from the Estonian Academy of Music and Theatre.

Co-editor, Kai Kutman from the Arvo Pärt Centre, noted that only a few studies have been published in Estonian about Arvo Pärt’s music. “We hope that Leopold Brauneiss’ collection of articles will be a significant addition to music theory in the Estonian language.”

The collection Arvo Pärdi tintinnabuli-stiil: arhetüübid ja geomeetria was compiled and translated by Saale Kareda, edited by Toomas Siitan and Kai Kutman, and designed by Angelika Schneider. The collection was published by the Arvo Pärt Centre. 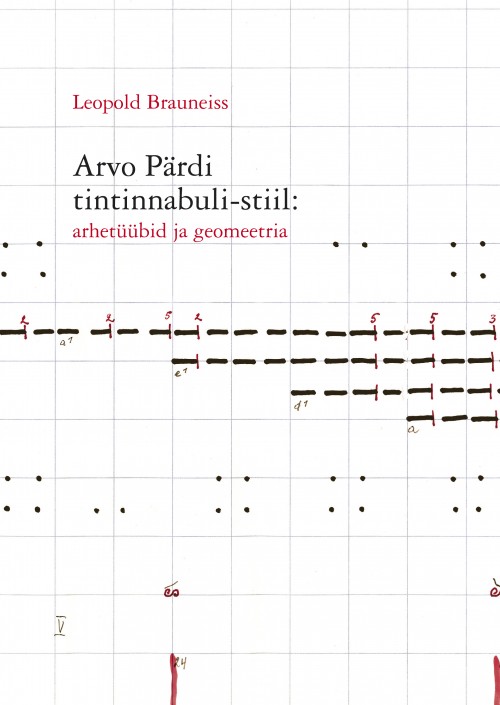