This year the Manchester International Festival (2–19 July) will present an event that brings together two world famous cultural figures.

Composer Arvo Pärt and painter Gerhard Richter met for the first time in Autumn 2013 in Dresden. Their encounter proved to be a significant one. Last August Pärt dedicated a work called “Drei Hirtenkinder aus Fátima” to Richter, and the piece was premiered at a Richter exhibition in Basel, Switzerland. At the newly renovated Whitworth gallery in Manchester, Richter’s series of paintings titled “Birkenau” will be presented to the public, alongside another work “Doppelgrau”, which was completed a year earlier. Pärt’s “Drei Hirtenkinder aus Fátima” will be performed again live throughout the day by the ensemble Vox Clamantis. Vox Clamantis will perform 9–11 July, while local choirs will take over on the days that follow. 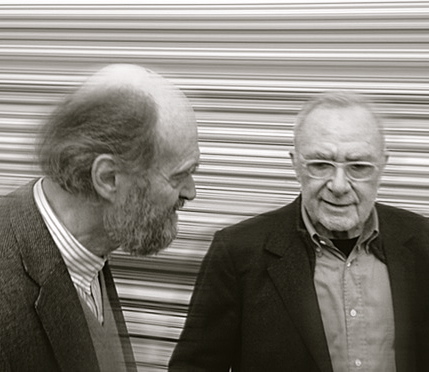