Due to a serious illness, one of the most renowned and loved Estonian musicians in the world, 76-year-old Eri Klas, has passed away.

Eri Klas’ career in music began as a percussionist at ERSO, the Estonian National Symphony Orchestra. Having graduated from the Tallinn State Conservatory under the instruction of Gustav Ernesaks, he continued his studies at the Leningrad Conservatory with Nikolay Rabinovich, later gaining experience at the Bolshoi Theatre in Moscow under Boris Haikin. Being equally competent with symphonic music and opera, he was always a welcome guest in the east and the west. Throughout his long career, he conducted more than a hundred symphonic orchestras all over the world, including the Berlin Philharmonic, the orchestra of the Opéra de Paris, the BBC Symphony Orchestra in London, the Residentie Orchestra in the Hague, as well as the symphony orchestras of Chicago, Boston, Los Angeles, Tokyo and Sydney.

Arvo Pärt was a long-standing close friend of Eri Klas, their extensive creative collaboration beginning already in the 1960’s, in Tallinn. Alongside Neeme Järvi, Klas was one of the main performers and promoters of Pärt’s works, both in the Soviet Union, and at international festivals elsewhere in the world. He also conducted many world premières of Arvo Pärt’s works, such as “Collage sur B-A-C-H“ (1964), Symphony No. 2 (1967), “Cantus in Memoriam Benjamin Britten“ (1977), “Tabula rasa“ (1977) with the soloists Gidon Kremer, Tatiana Grindenko and Alfred Schnittke, and in 2005 also “Da Pacem Domine“ for mixed chorus and symphony orchestra.

Arvo Pärt dedicated his choral work “Solfeggio” (1963) to Eri Klas, as well as the double concerto “Tabula rasa” (1977, with dedications also to Kremer and Grindenko).

One of the last meetings of the two friends took place in the summer of 2015, when Eri Klas visited the composer at the Arvo Pärt Centre in Laulasmaa.

This is a painful loss of a beloved and faithful friend. It was a special kind of friendship and mutual closeness that lasted for nearly sixty years, and which did not need many words. A truly gifted person with a gentle soul who brought my major pieces from the 1960’s and 1970’s to the public.
My thanks to you, dear Eri. Rest in peace. You will always remain in the heart of the Estonian nation.
Arvo Pärt

Arvo and Nora Pärt, and the Arvo Pärt Centre send their condolences to the conductor’s family and friends. 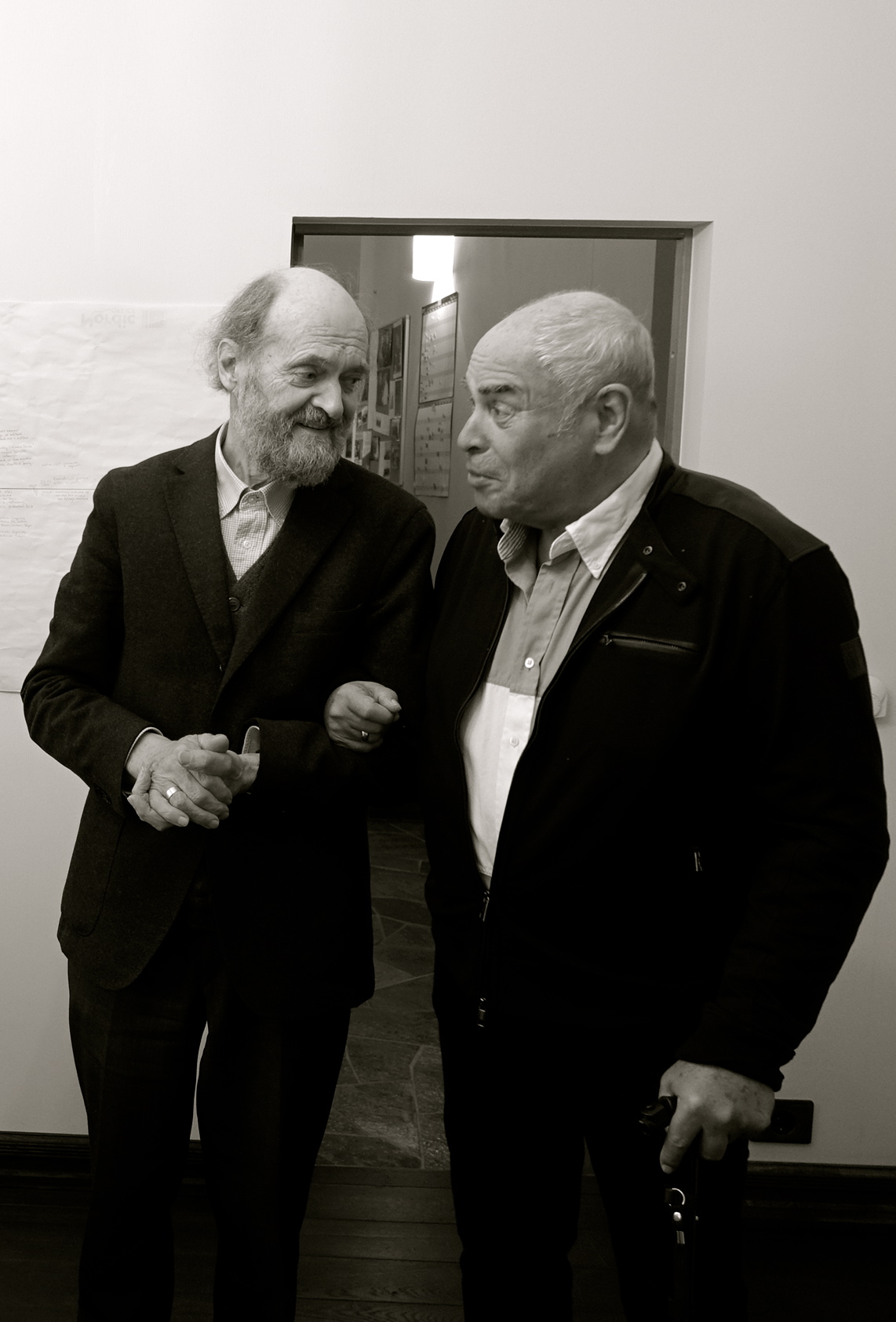