Today, on 15 October at 11.00 EET, the Japan Art Association in Tokyo presented Arvo Pärt with the prestigious Praemium Imperiale cultural award, considered equal to the Nobel Prize in the field of culture.

As the names of the winners of the much anticipated Nobel Prize are being revealed in Stockholm this October, the Japan Art Association presented Arvo Pärt with the Praemium Imperiale, considered equal to the Nobel Prize in the field of culture.

The Imperiale prize has been presented since 1989 by the Japanese imperial family through the Japan Art Association. Hitachi, Prince of Japan, and honorary patron of the association personally presented Pärt with the award. Each year, five laureates are selected in the fields of painting, sculpture, architecture, music and theatre/film based on their remarkable achievements in developing their field at an international level and the contributions they have made to enrich society worldwide. It is the most prominent art award in the world.

The accompanying events already began on 14 October with a press conference in the Okura Hotel and a welcome dinner at the Meiji Shrine, one of the most prominent shrines in Japan.

During today’s award ceremony, held at the Memorial Hall of the Meiji complex, Arvo Pärt observed in his speech:
But if a man is to be honoured, it’s not an easy task. First, the honour requires sobriety. Indeed, our head must not spin. The one being honoured will be forever responsible for this gift. It can be said that this will be a challenge for the rest of his or her life – like a “call to order”. /–/ In the end I would like to say that the real honour should belong to Praemium Imperiale. To us artists, the opportunity has been given to be in the light of that prize because Praemium Imperiale, in embracing all the prize winners, is like a father or a mother in a large family. We all, therefore, are but sons and daughters.

The revealing of the laureates of the Praemium Imperiale in July drew a lot of attention around the world. The awarding of the prize in Tokyo this week evoked wide interest in the media – the event has been broadcast by the local television stations, Fuji TV and the German Accentus Music film crew together with the local station NHK, but also by Estonian Television with its own crew on site.

The Estonian chamber choir Collegium Musicale is also currently on tour in Japan – they will give five performances, including examples of both Estonian and Japanese music. They will perform works by Arvo Pärt, Erkki-Sven Tüür and Mirjam Tally.

Video from the press conference, Arvo Pärt speaking from 6’30”:https://www.youtube.com/watch?v=ZB-ZU1v6If0 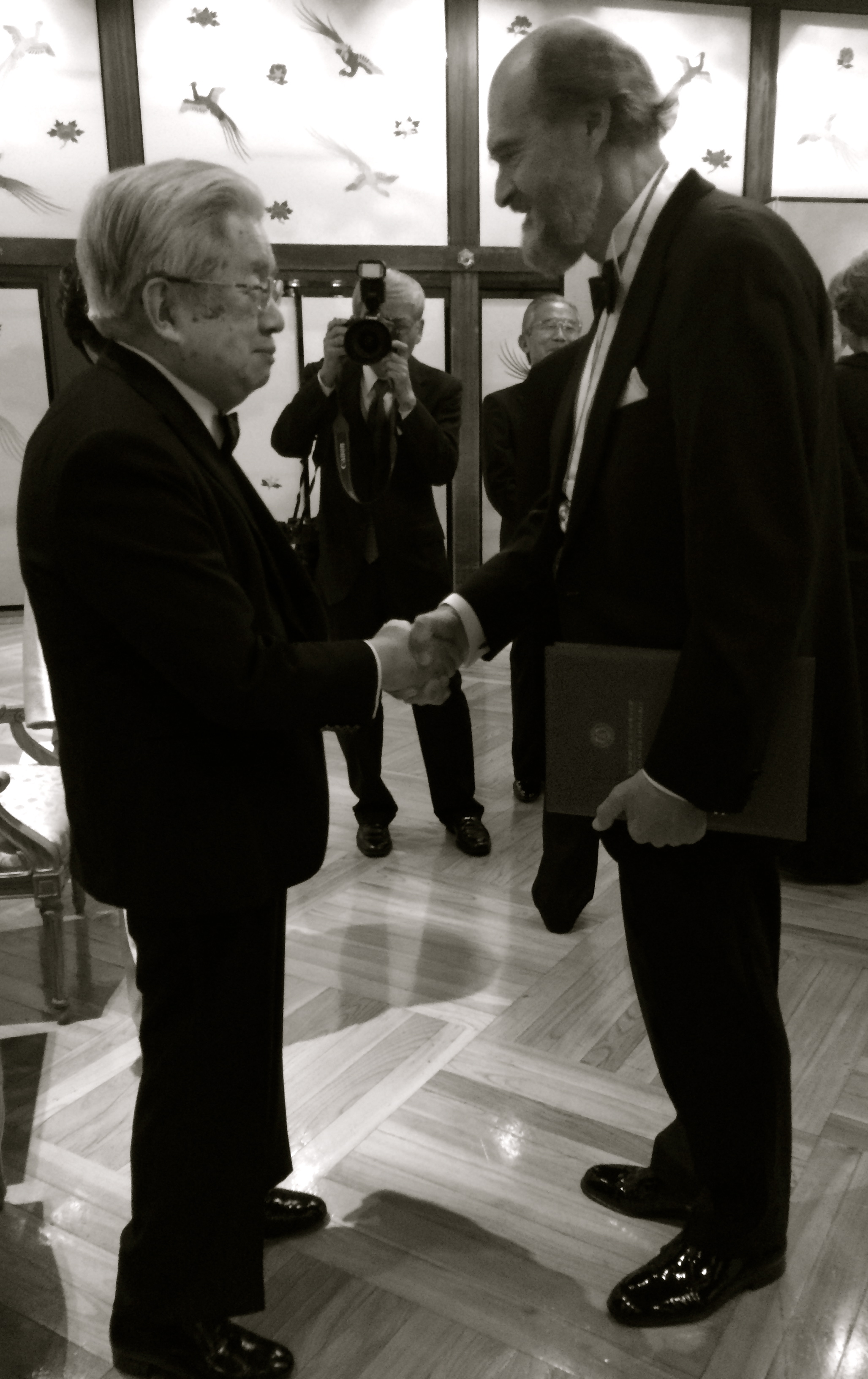