On Friday, 27 November, the long-awaited meeting with the representatives of Järva County and Paide, Arvo Pärt’s birth town took place at the Arvo Pärt Centre.

Governor of Järva County, Alo Aasma handed over the highest award of Järvamaa, the Järva County Coat of Arms to Arvo Pärt. The Mayor of Paide, Siret Pihelgas together with Ülle Leesmäe, the Deputy Manor and Maarit Nõmme, the manager of public relations also congratulated Arvo Pärt with a special birthday present from Paide.

In addition, the Director of Paide Cultural Centre, Ülle Müller, and the organizer of a photo contest in Paide, Tiiu Saarist were here to congratulate the composer. The meeting also celebrated the ending of the photo exhibition and contest held at the Paide Cultural Centre during the Arvo Pärt’s jubilee events in September, as the winners Janika Leiur and Jan Vutt presented their signed photos to Arvo Pärt. 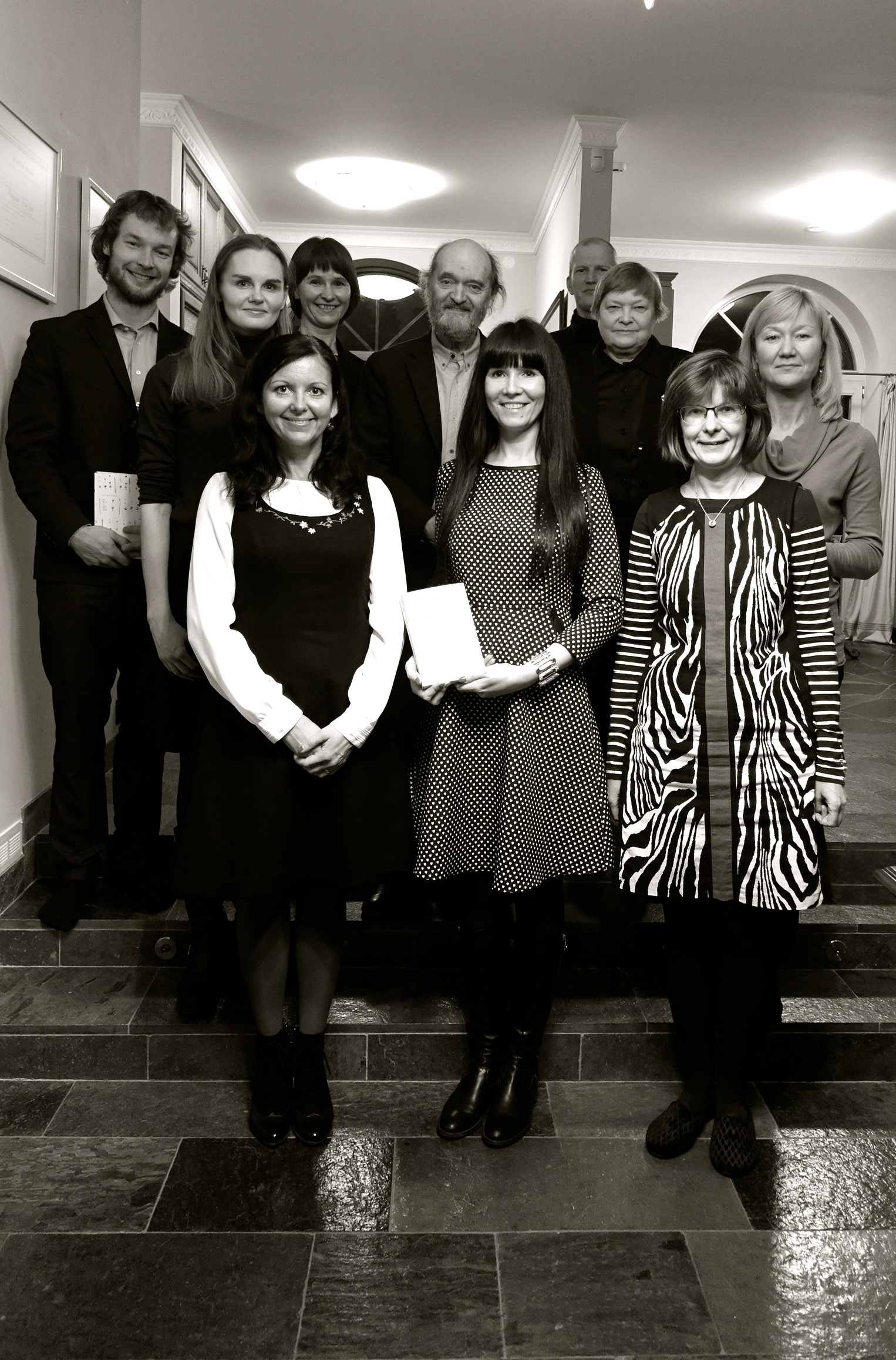