The series of seminars on Arvo Pärt titled “Word and Music” were closed with a concert on 21 May at the hall of University of Tartu.

Estonian Philharmonic Chamber Choir and Tallinn Chamber Orchestra conducted by Tõnu Kaljuste played an all-Pärt program that is soon going to be performed also in Washinton, includingFratres, Adam’s Lament, Cantus in Memory of Benjamin Britten andTe Deum.
The seminars held in connection with its Liberal Arts professorship of University of Tartu were led by Prof. Toomas Siitan from the Estonian Academy of Music and Theatre.
The seminars focused on the work of Arvo Pärt by analysing his most important pieces, the basis of their compositional technique and their conceptual connection to religious texts.

All nine seminars that took place during the academic year can be accessed through Tartu University TV (in Estonian):

25.09.13 “Pärt and Modernism: on the formation of Arvo Pärt’s compositional technique in the 1960s and his conflicting relationship with modern aesthetics” 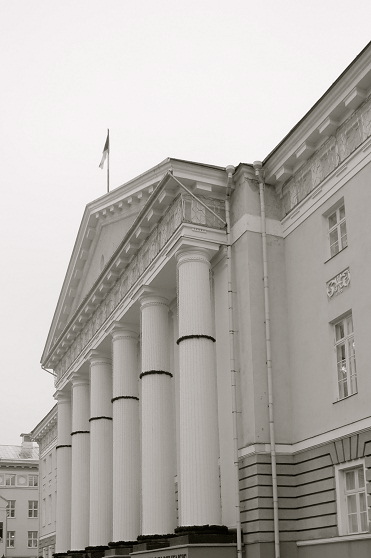