Janne Andresoo, Director General of the National Library speaks about the cooperation agreement: “Until today, the Pärt collection has been located at the Arvo Pärt Centre at Laulasmaa. I am sincerely pleased that admirers of the composer can now order the library items they are interested in for collection at the National Library. The personal library of Arvo Pärt, the bulk of which is theological literature, adds special value to the collection. Information on Pärt is now more easily and widely accessible owing to the cooperation.”

“Organising the library has been an important task for the Centre this year. Readers will find an ever broader selection of scientific literature, audio and video recordings and the scores of Pärt’s works in the library. At the core of our library is the personal collection of Arvo and Nora Pärt,” explains Anu Kivilo, Managing Director of the Arvo Pärt Centre. “All those interested will be able visit the library in the new Centre building as early as next autumn.”

In addition to making Pärt’s library accessible, mutual cooperation is being agreed on in the fields of customer service, ordering databases and the organisation of exhibitions.

The contract was signed by Janne Andresoo, Director General of the National Library of Estonia, and Anu Kivilo, Managing Director of the Arvo Pärt Centre.

The signing took place in the Music Reading Room of the National Library. 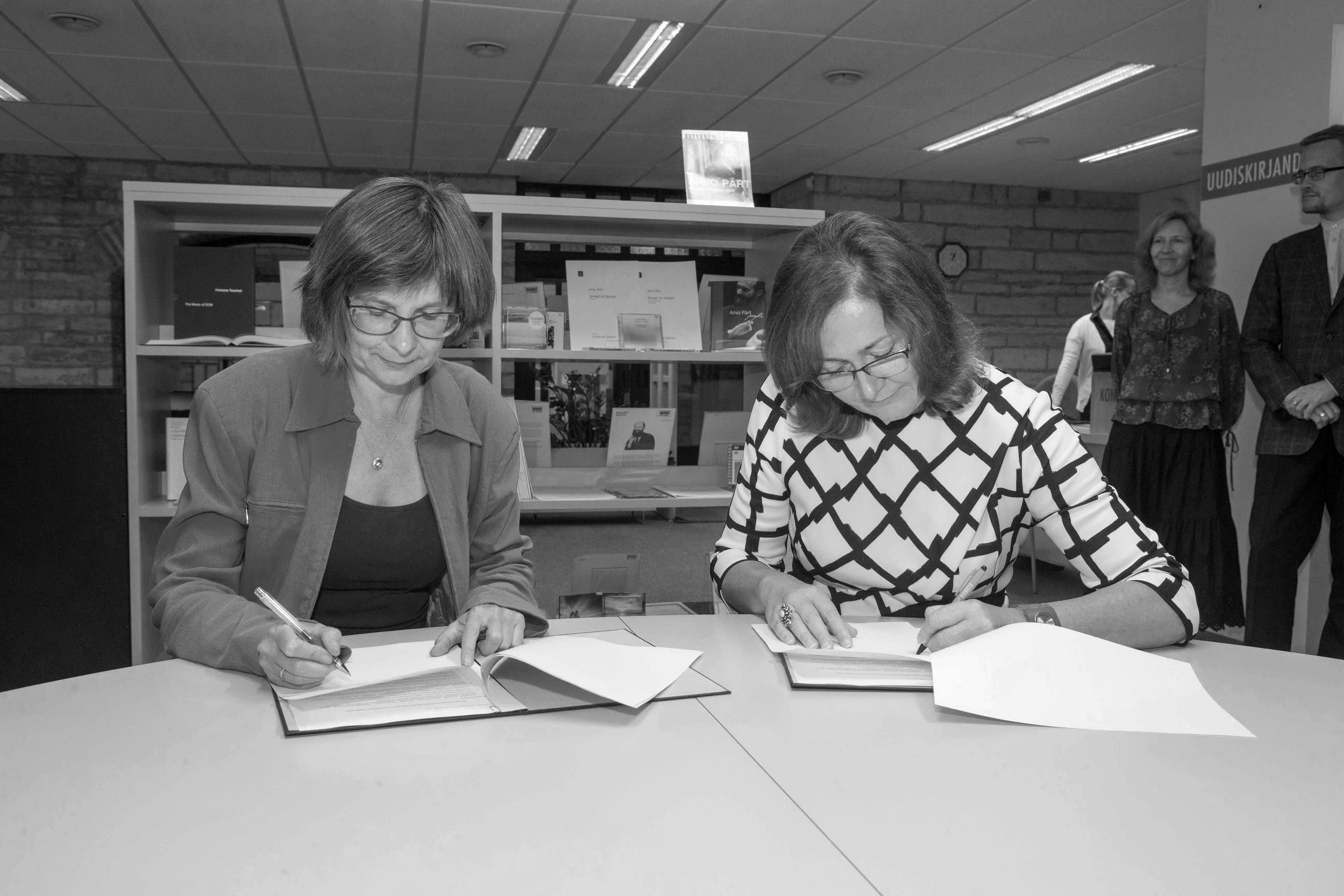