Arvo Pärt and the Arvo Pärt Centre would like to extend their heartfelt wishes to Maestro Neeme Järvi on his 85th birthday.

As contemporaries, the creative paths of Neeme Järvi and Arvo Pärt have been linked from the beginning of their musical career. Their closer collaboration started in the early 1960s when Neeme Järvi became a conductor of the Estonian Radio Symphony Orchestra (later known as the Estonian National Symphony Orchestra), and its chief conductor from 1963. In 1961 the young conductor included the student composer’s oratorio The Stride of the World in a concert programme. It was followed by the premieres of Perpetuum mobile, composed immediately after Pärt’s graduation (1963), Symphony No 1 (1964), and a cello concerto Pro et contra (1967). In 1968, Neeme Järvi took the risk of conducting the premiere of Pärt’s Credo, the Latin confession of faith in its opening section resulting in an inevitable scandal in the Soviet Union. After tumultuous applause from the audience and an encore of the piece, Credo was removed from concert programmes for many years. Neeme Järvi also conducted the premieres of Arvo Pärt’s Symphony No 3 (1971) and his orchestral work Concerto piccolo über B-A-C-H (1994), both works are also dedicated to Järvi.

Both Neeme Järvi and Arvo Pärt had to leave Estonia in the beginning of 1980. When working abroad, Järvi considered it his mission to introduce Estonian music with the works of Arvo Pärt among others. One of the favourite pieces in his repertoire has been Cantus in Memory of Benjamin Britten, which has been performed many times in different places around the world and recorded on several albums. Neeme Järvi has also conducted a number of other works by Pärt, including Cecilia, vergine romana, Silhouette, Cantique des degrés, In principio, Da pacem Domine.

Neeme Järvi has been often considered the most recorded conductor in the world. Already in 1969, the first recordings of Pärt’s Symphony No 1, Perpetuum mobile, Collage über B-A-C-H and Pro et contra, conducted by Järvi, were released on vinyl. Under Järvi’s baton, the first three symphonies by Pärt were recorded with the Bamberg Symphony Orchestra (BIS, 1989), Wenn Bach Bienen gezüchtet hätte… and Credo with the Philharmonia Orchestra (Chandos, 1993), Tabula rasa, Fratres and Symphony No 3 (Deutsche Grammophon, 1999) and the first recording of Concerto piccolo über B-A-C-H (BIS Records, 2002) with the Gothenburg Symphony Orchestra, to mention just a few.

For the second consecutive year the Arvo Pärt Centre collaborates with the Pärnu Music Festival, bringing the activities of the Järvi Academy, founded by Neeme Järvi, to Laulasmaa. The master classes of the academy allow the participating young conductors to receive guidance from the Järvi family and the staff of the Arvo Pärt Centre on how to interpret Pärt’s works.

Dear Maestro, we wish you many more creative years and shared musical experiences with Arvo Pärt and our centre! 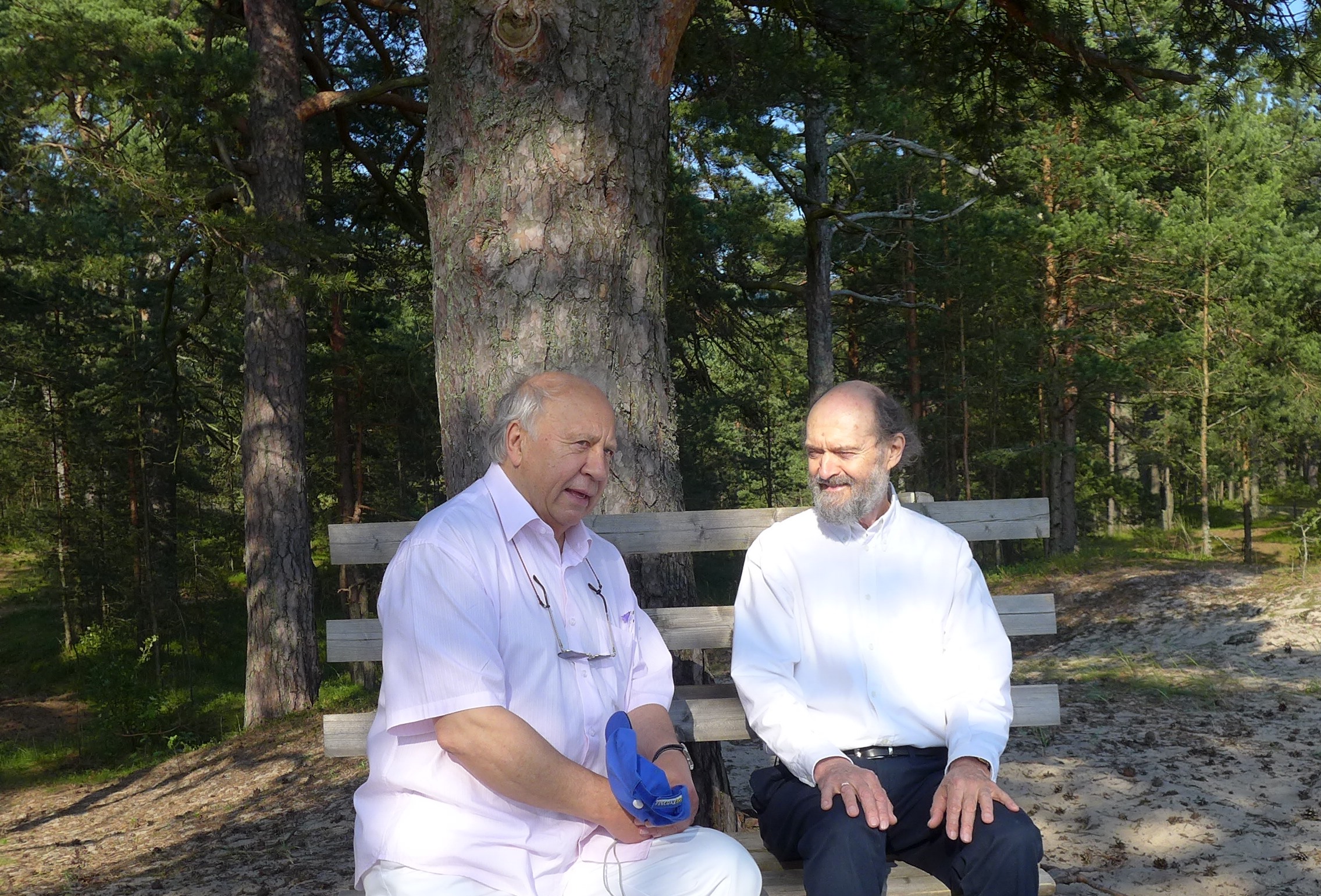 Neeme Järvi and Arvo Pärt in Laulasmaa in 2015