On 2 March, The Tallis Scholars released a new album featuring Arvo Pärt’s choral pieces called “Tintinnabuli” as a tribute to the composer in his 80th year. The album includes many of the main tintinnabuli choral works: Sieben Magnificat-Antiphonen, Magnificat, Which Was the Son of …, Nunc dimittis, The Woman with the Alabaster Box, Tribute to Caesar, I Am the True Vine and Triodion.

The Tallis Scholars were founded in the UK in 1973 by their director, Peter Phillips. Considered as one of the most outstanding vocal ensembles in the world and highly recognized for the remarkable clarity of sound, The Tallis Scholars have mainly focused on Renaissance and Medieval sacred music. “Tintinnabuli” is their first recording of Arvo Pärt’s works.

In the end of March, another album with Arvo Pärt’s music will be released with Bavarian Radio Choir and Munich Radio Orchestra conducted by Peter Dijkstra. The album will present live recordings of Te Deum, Ein Wallfahrtslied and Berliner Messe. 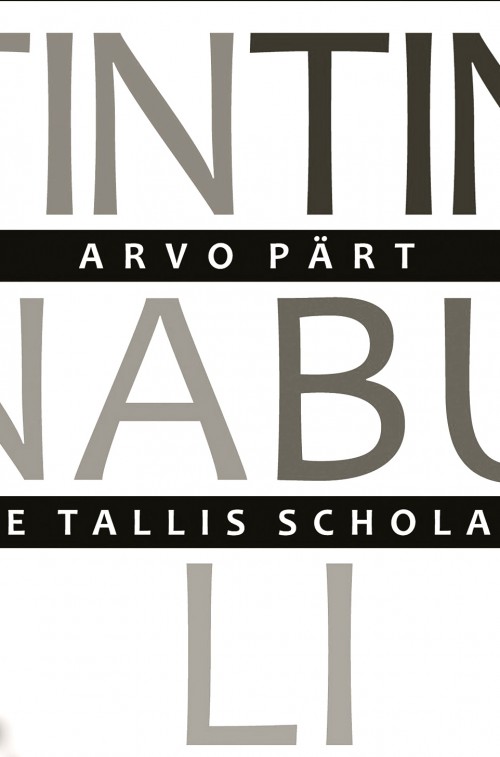