On 29 September, Hyperion Records released a new CD with the choral music by Arvo Pärt performed by the prominent Polyphony choir with their conductor Stephen Layton. Polyphony was formed by Layton in 1986 and is considered among leading choirs in the world, having become renowned for both their sound and versatility of repertoire.
Stephen Layton and Polyphony have a long and fruitful relationship with the music of Arvo Pärt. Hyperion has already released two acclaimed albums with the same performers, of which the first one from 1998 was very well received by press. Their second album, CD Triodion (2004) also won the Grammophone’s best choral disc award among other nominations, containing five world premiere recordings.

The new album of high-level performances of Arvo Pärt’s works by Polyphony reaches back to the composer’s early phase and spans nearly five decades from 1963 to 2012. As with the album Triodion, Layton’s third recording with Arvo Pärt’s choral music reflects a broad spread of sources and languages in Pärt’s chosen texts. Latin, German and English are joined here by Church Slavonic and Spanish, with a range of biblical texts being set alongside ancient prayers. The album consists of twelve works, including Solfeggio, Peace upon you, Jerusalem, Summa, The Deer’s Cry, Zwei Beter, Alleluia-Tropus and Virgencita, the latter of which has been recorded for the first time. 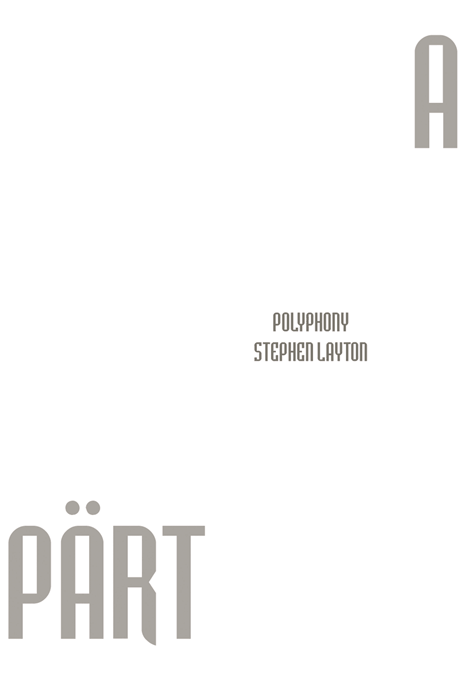