The concert on 27 October 1976, featuring the première of seven of Arvo Pärt’s compositions with a completely new sound, with the general title Tintinnabuli, performed by the ensemble Hortus Musicus, Tallinn Chamber Choir and soloists, had a comprehensive programme booklet. It included Nora Pärt’s commentary on Arvo Pärt’s new sound, and excerpts from the composer’s musical diary. The print-run of the programme was 300, and most of the audience members did not get one – there were nearly 1000 listeners.

Nora Pärt’s commentary––Arvo Pärt – Tintinnabuli (1976)––was the first attempt to describe the original composition technique, which the composer had reached after a long and painful period of searching. It also includes an explanation of the word “tintinnabuli”, which is Latin for “little bells”, and which later became the generic name for Arvo Pärt’s unique sound. “The author associates the beauty of the natural sound of a bell with the concept of clarity, and more specifically, the triad,” Nora Pärt wrote in the programme. According to her, Arvo Pärt’s new works are characterised by allowing to choose the timbre relatively freely. “The musical material is focused on itself, and focuses on its own strengths. The timbre seems to come from outside, and can be different on every occasion.”

The programme also included a selection of thoughts from the composer’s musical diaries, written as he discovered the tintinnabuli style. Here they are again:

Every melody breathes on its own. Its inner pain and consolation together constitute the breath if they are inseparably tied to each other.

The truth is in reaching the minimum number.

The form must create a sense of infinity. To avoid exact repetitions. Every link must breathe; to love every link equally—that’s what music is.

With the constant writing of music, a musical way of reasoning emerges and turns into an unrestrained form of existence expressing the relationships between pitches.

Avarice is evident between the notes.

Do not hurry, do not be light-hearted, but consider on paper every step from one point to another. It is necessary that each step be made only after passing all of the possible notes through a purgatory—only then can a sound, having “endured all trials,” become real.

What matters is only that which has been achieved with the strengths you have. Without doping.

During the writing process, if you switch your attention from your head to your heart, there will be a new “control centre”, with new logic. This can only be achieved for a brief moment, but it’s wonderful. An endless melody. Writing blindly, quickly. To glide over logic with your heart. It’s difficult to stop. The logic of the form goes into hiding. Sometimes, you can’t listen to it all – you have to write so quickly, for it to be right for the heart, so that the eyes wouldn’t interfere and make their own corrections.

Quality depends on sincerity and humility, one shouldn’t worry about the rest. This is what real courage is.

Behind the leap, one must feel the strong stroke of the gull’s wing. Ascent, gliding, tilt. To observe the gull. The energy of intonation. The problem of force in music.  How energy has been placed in different styles.

What is the significance of a sound or a word? The thousands that have flown past our ears have made our receptive apparatus numb. One should be careful about every sound, word, act. 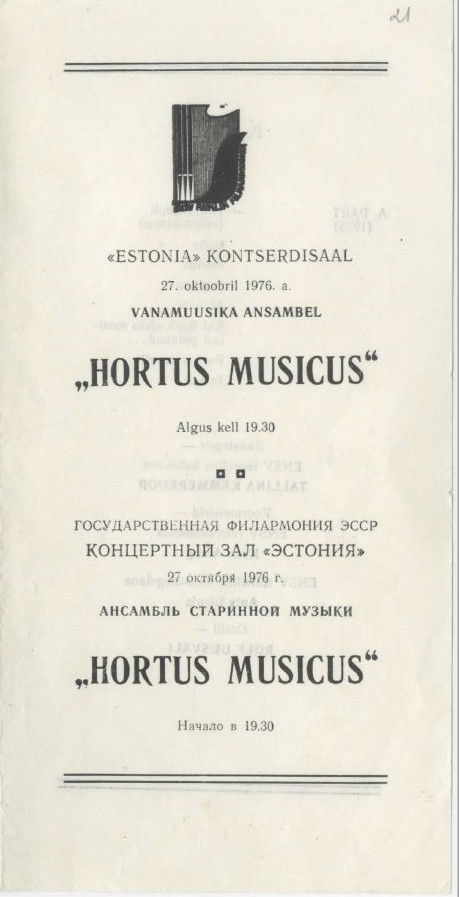