Today, 16 July, the Japan Art Association presented the 2014 laureates of the prestigious Praemium Imperiale prize in five fields of art. This year, the music prize was awarded to the composer Arvo Pärt.

The Imperiale prize has been presented since 1989 by the Japanese imperial family through the Japan Art Association. Five laureates are selected in the fields of painting, sculpture, architecture, music and theatre/film based on their remarkable achievements in developing their field at an international level and the contributions they have made to enrich society worldwide. It is the most prominent art award in the world, considered equivalent to the Nobel Prize in the field of culture.

The winners of the 2014 Praemium Imperiale were simultaneously announced today in the global metropolises of New York, Paris, Rome, London, Berlin and Tokyo – at well- attended press conferences, a thorough introduction of all the laureates was made to the media, accompanied by a special video profile of each individual. The music prize conference was held in Berlin and was organised by the German advisor for the committee and president of the Goethe Institute, Professor Klaus-Dieter Lehmann. During the event the laureate was introduced by one of the members of the committee, the former General Director of the Bayerische Staatsoper, Sir Peter Jonas.

The award ceremony takes place on 15 October 2014 in Tokyo. Alongside Arvo Pärt, the acclaimed prize has been awarded to the architect Steven Holl from the United States, the French painter Martial Raysse, the Italian sculptor Giuseppe Penone and the director Athol Fugard from South Africa. The award and honorary certificate will be presented by the patron of the Japan Art Association, Prince Hitachi.

Arvo Pärt is the first Estonian to ever receive the Praemium Imperiale. 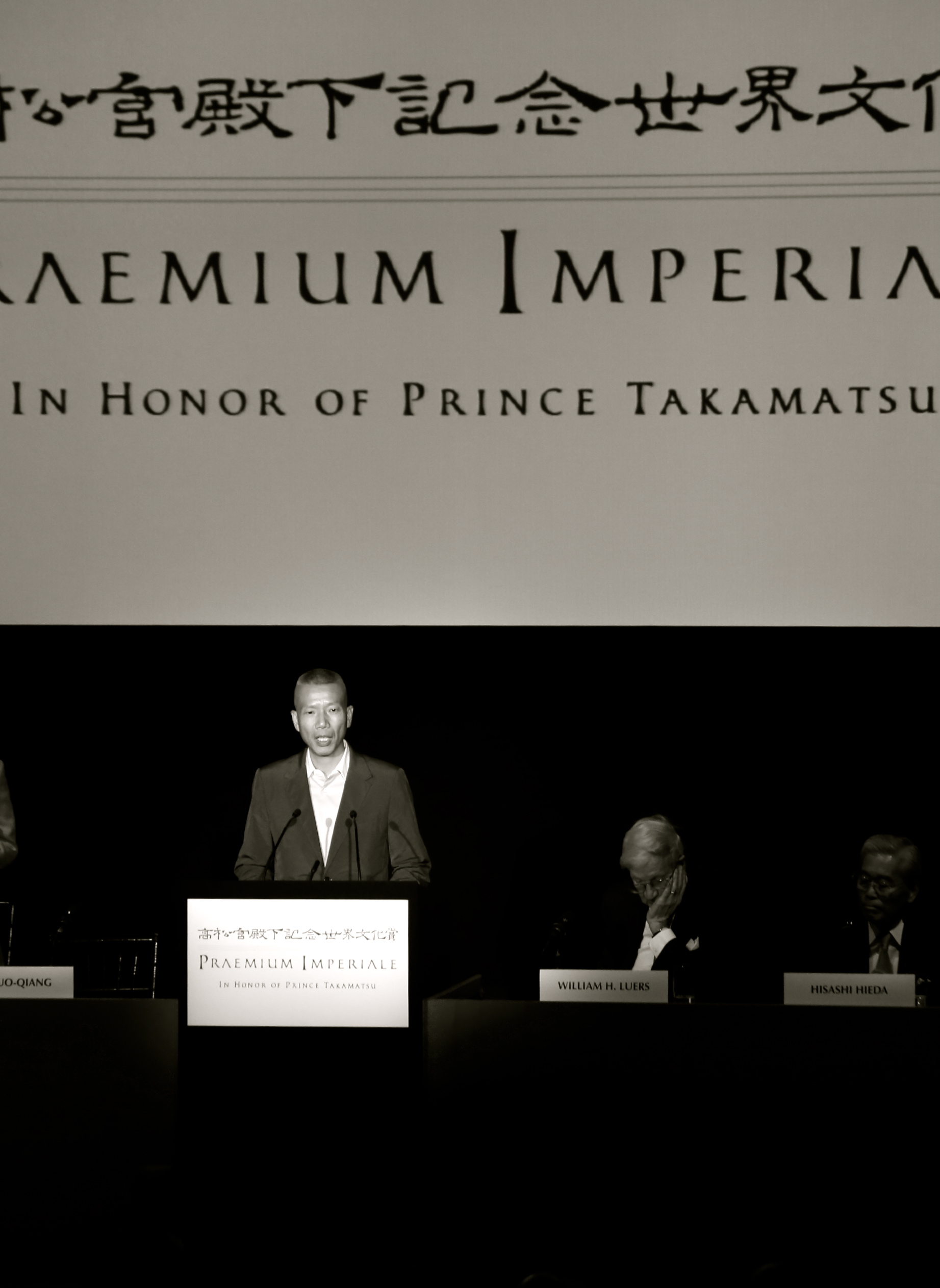