In mid-April, when the exhibition halls and museums were closed, we talked to Arvo Pärt about what was happening in his creative life between 1963 and 1964. This discussion focused on the creative history of Symphony No. 1 and the choral composition Solfeggio, both written in 1963. According to the composer, Symphony No. 1 (“Polyphonic”) had been planned as a graduation work for the conservatory, but the archival materials have revealed this composition did not make it to the final examination. It is not completely clear why not, but the dedication to Heino Eller, Arvo Pärt’s composition teacher at the Tallinn Conservatory, was a kind of a thank-you note for everything the young composer learned from his teacher.

It was interesting to discover from the archive materials that Symphony No. 1 was sent to the 15th International Composition Competition “Tribune Internationale des Compositeurs UNESCO”, held in Paris in May 1968, where Pärt’s work was awarded 12th place. “This was the first appearance of an Estonian composer at such a large-scale and high-level international competition,” wrote Priit Kuusk in Sirp ja Vasar on 25 October 1968. The young composer’s final ranking can be considered very successful, looking at the names of the composers who made it into the Top 10, already known at that time and now world-famous: Witold Lutosławski, György Ligeti, Iannis Xenakis, Tōru Takemitsu, and also John Tavener, who was younger than Pärt. According to that article, Pärt’s composition had been performed by that time not only in the cities around the Soviet Union, but also in Helsinki, Turku, Amsterdam, London, several Bulgarian cities, Tokyo and Berlin. Several other works dating to the early creative period were performed abroad, to an extent that clearly shows the spread of Arvo Pärt’s music already since his studies; in other words, long before the composer’s emigration in 1980.

As Pärt’s first a cappella choral work, Solfeggio stood out among the rest of his (mainly instrumental) compositions of that time, both in terms of the arrangement and the sound aesthetics. This work was written at the same time as Perpetuum mobile, in November 1963, immediately after visiting the Polish music festival “Warsaw Autumn”. According to the composer, both works have a similar order and system. Regarding the use of the diatonic scale, Pärt says, “It was a crazy idea. I was still searching for something that I didn’t yet know the name of. Many pieces interrupted my searches until it took a more definite shape.” The ultimate reduction and the general sound concept form a bridge to the new, also predominantly diatonic tintinnabuli style, found 13 years later.

The exact details of the premiere of Solfeggio have been lost in time. It is known that in 1964, the composition was recorded for the first time by the chamber choir of the Composers’ Union, under the baton of Eri Klas. Founded in 1962 and known as the experimental choir, this group recorded two versions of the composition: with the names of musical notes (the prevalent version heard at performances and on recordings), and also as a vocalise Pärt still considers both versions possible. During the conversation with the composer, it was stated that for him, the interpretation of his works has become clearer over time, moving towards a calmer tempo and sense of time. For example, earlier recordings of Solfeggio are much faster, which can seem restless and coarse today. According to the composer, it is important to achieve balance, discretion and peace when interpreting this composition, so that sounds would “meet each other”, and so that “secrets hidden in the scales” would be revealed. 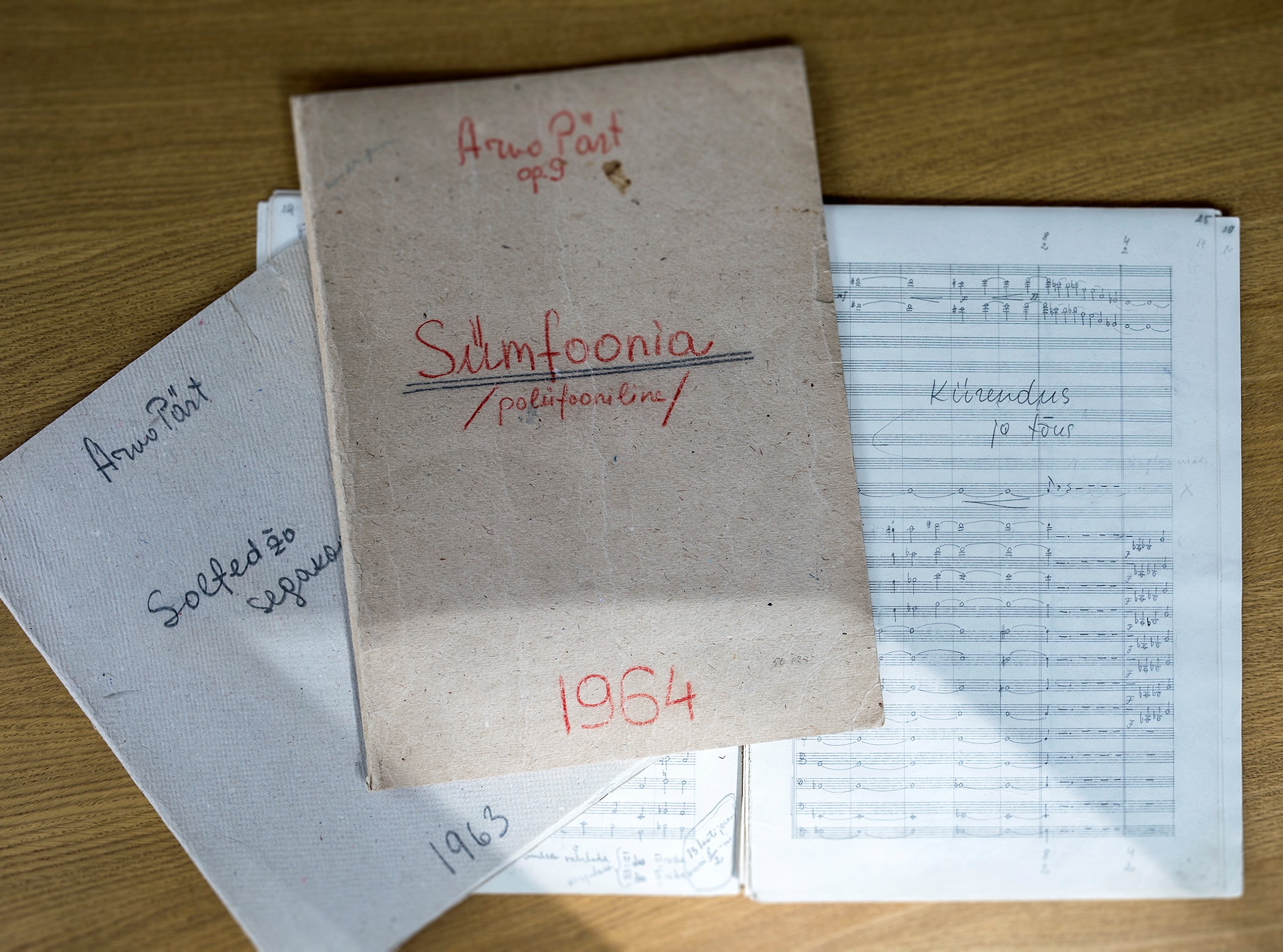