The Arvo Pärt Centre will celebrate its 10th birthday on 22 June and has released a single with a song much loved among Estonians – Arvo Pärt’s Ukuaru Waltz. On the CD the song is performed on piano by the composer himself. The single will be officially released with a presentation on the ERR website at 12 midday on 22 June.

Arvo Pärt’s Ukuaru Waltz is a composition with a strange fate, as if it had many lives. This piano miniature was only included in the composer’s official list of works in 2010, although paradoxically, it has been a well-known and beloved piece for Estonian listeners for many decades.

The waltz is from Leida Laius’ feature film Ukuaru, for which Arvo Pärt wrote the score in 1973. This film has become an important part of Estonian film history with several legendary Estonian actors such as Elle Kull (Minna) and Lembit Ulfsak (Aksel) in the leading roles. The events of the film revolve around the love story between Minna and Aksel, which is overshadowed by poverty, everyday drudgery and human weaknesses, as well as the outbreak of World War II. In the film, the waltz is played by Aksel on a melodeon, and the audience can hear it in several important scenes. Each time, the character of the waltz is slightly different, reflecting the emotional state of the main characters and their relationship with their surroundings. Over the course of the film, the seemingly simple folksy tune grows into a musical symbol of major significance, embodying the most important themes of the film: love, hope, a sense of home and the will to live.

The memorable melodeon piece soon became widely known and was included as an oral tradition in the repertoire of many Estonian melodeon players and folk instrument ensembles. However, Ukuaru Waltz was only included in Arvo Pärt’s official list of works in 2010, set for piano. In 2016, the accordion version was also included (arranged by Tauno Aints).

Ukuaru Waltz for piano (1973/2010), performed by Arvo Pärt on the single released by the centre, was the first recording at the Arvo Pärt Centre on 4 September 2018. The producer of the single is Michael Pärt, sound director Kaspar Karner.

On 22 June, the ERR website will broadcast the official launch of the single Ukuaru Waltz, during which traditional musician Juhan Uppin, film critic Filipp Kruusvall, writer and literary critic, Tallinn University emeritus professor Rein Veidemann and musicologist at the Arvo Pärt Centre Kristina Kõrver will look at the different layers of this beloved song. Ukuaru Waltz will be performed by Juhan Uppin on a 100-year-old Teppo bellows and by composer Arvo Pärt on piano.

With the presentation of the single, the centre will initiate a series of events dedicated to the composer’s jubilee year and celebrates the centre’s 10th birthday. The Arvo Pärt Centre was founded by the composer’s family on 22 June 2010, and initially operated in Laulasmaa from a private house adapted into an archive. In order to expand the activities of the centre and be able to open its doors to visitors, an international architecture competition was announced in 2013, which was won by Fuensanta Nieto and Enrique Sobejano from the architectural firm Nieto Sobejano Arquitectos. The new centre opened its doors on 17 October 2018.

The single will be officially launched with a presentation on 22 June at 12 midday on the ERR website. The single is available from the centre web shop as well as at the Arvo Pärt Centre itself. 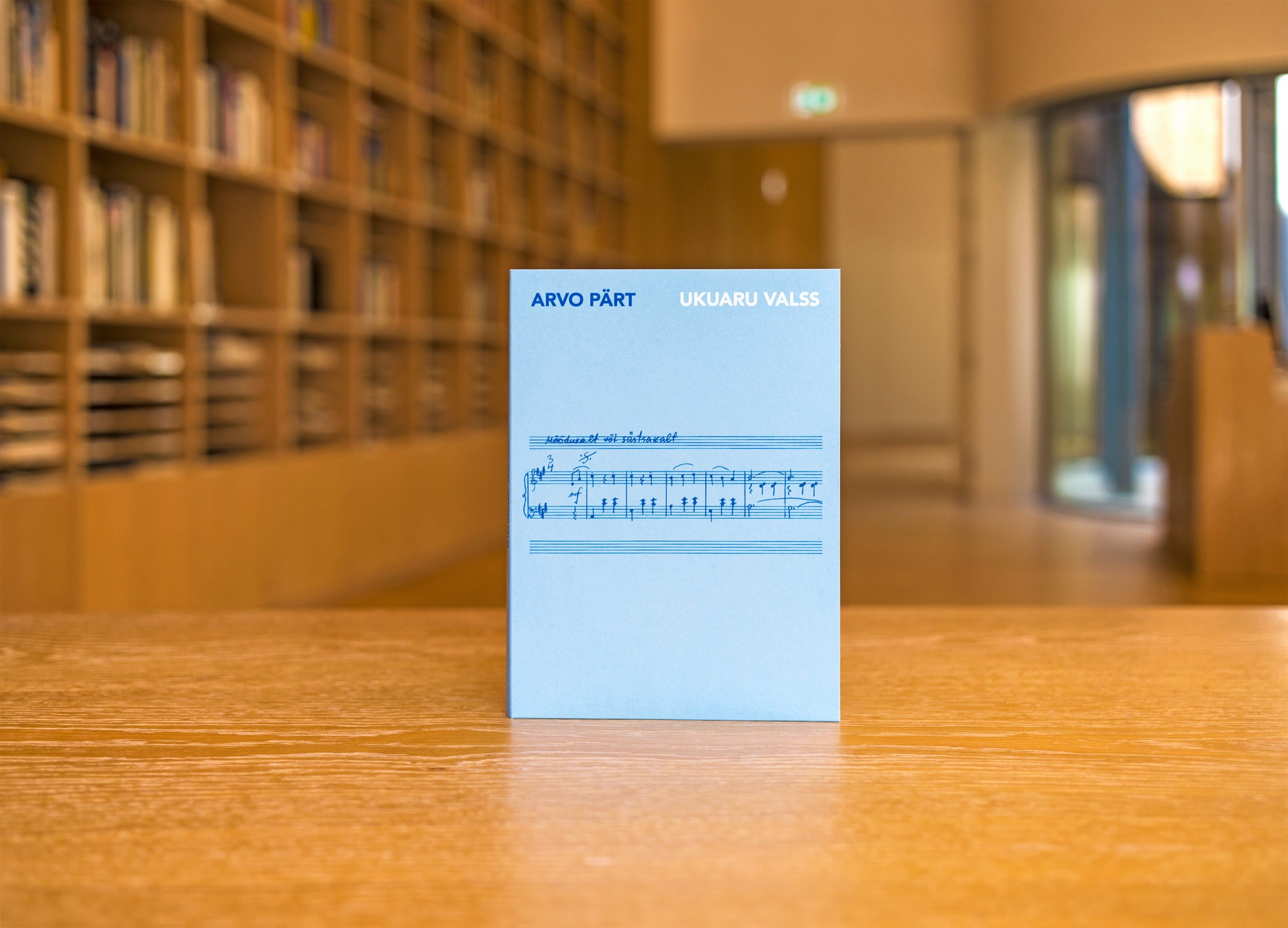