The 5th Arvo Pärt Centre Film Evenings will take place 25–27 August 2015, and this year the centre will present five films that prominently feature Arvo Pärt’s music. To celebrate the composer’s 80th birthday, the film nights will open with a world premiere. It is the first time this full length documentary about Arvo Pärt, Dorian Supin’s “Arvo Pärt – even if I lose everything” will be shown. The programme also features the Estonian premiere of “The Club”, a film by the Chilean producer Pablo Larrain, which was awarded a Silver Bear at the 65th Berlinale. The programme features a new Estonian puppet film “Master” by Riho Unt, which has already enjoyed positive reception due to its masterful execution.
The Swiss documentary artist Christian Frei will present two of his award-winning films in Tallinn and discuss his choice of music. The screenings will include the 2001 Oscar nominated “War Photographer” and “The Giant Buddhas”, which has been shown extensively in film festivals around the world.
The films will be screened in original language with English and Estonian subtitles. The tickets will be sold in Piletilevi and cinema Sõprus. 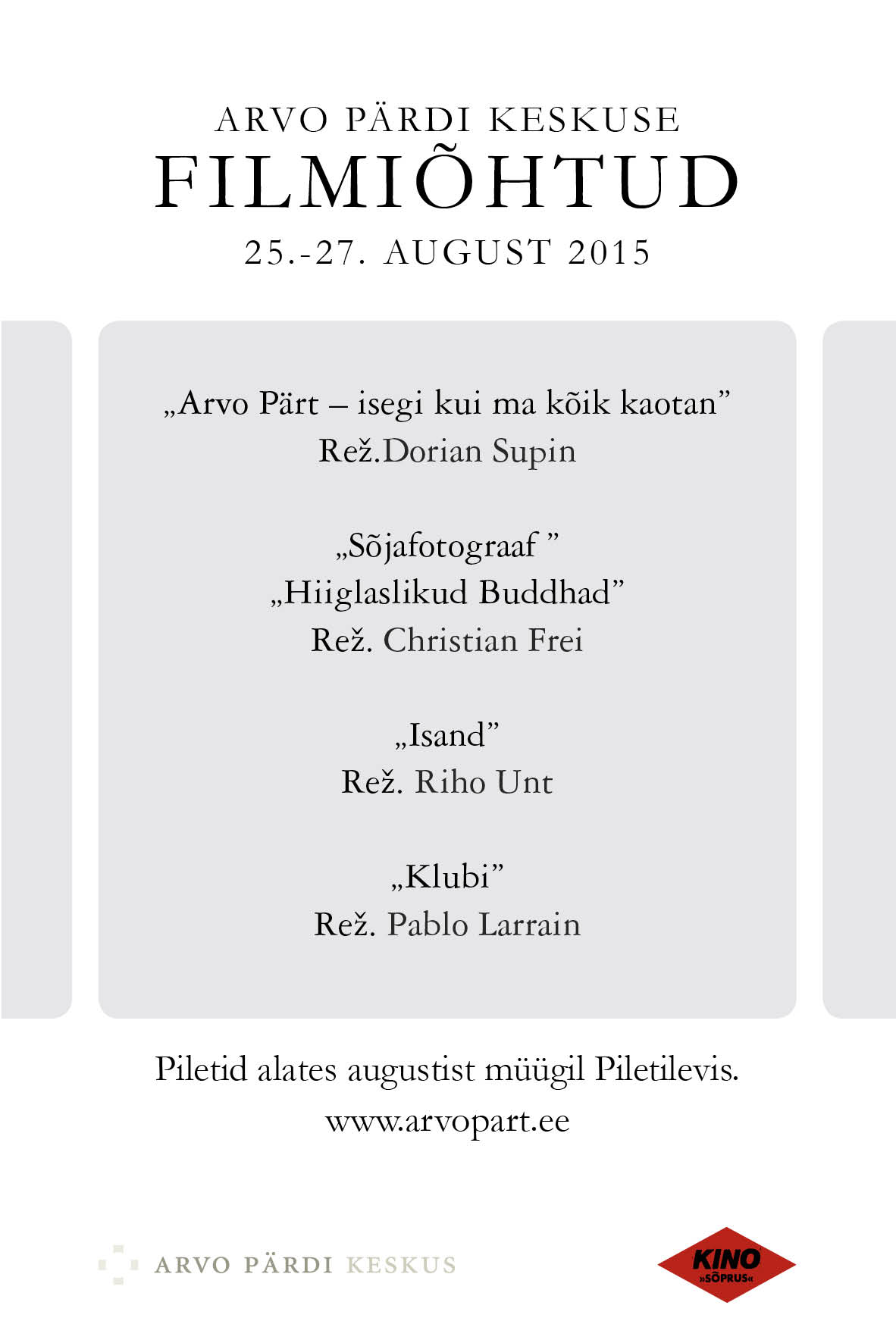