At the beginning of October, something remarkable happened at the Arvo Pärt Centre. In the morning of a typical autumn day a courier delivered a rather heavy parcel, inside of which were a multitude of envelopes and a hard drive. On further inspection it became clear the parcel contained both physical and digital photographs. The parcel was sent from Austria by Eric Marinitsch.

The broader public may not know this, but Arvo Pärt has never had an ‘agent’ representing him. Everything has been conducted through the publishing house Universal Edition, with Eric Marinitsch working on Arvo Pärt’s music since the beginning of the 1990s. He is the liaison of communications between the composer and the publishing house (for printing sheet music etc.) as well as the composer and the music world in general.

Little by little the bond between Arvo Pärt and Eric Marinitsch has grown into a creative partnership, mutual understanding and trust. The role Marinitsch plays should be highlighted – he is sincerely interested in Pärt’s music and as his representative, he comprehends the specific spirituality of his music.

It is a well-known fact that the composer deems it important to be involved in the process of the preparation of his premieres. As the composer’s associate, Eric Marinitch knows how to value the processes taking place during the rehearsals and has been able to capture those moments full of creative energy.

It is a valuable collection for researchers of Arvo Pärt’s life and music. The arrival of this collection from Eric Marinitsch will be the founding piece of a compilation of private collections relating to Arvo Pärt in the archives of the Arvo Pärt Centre. 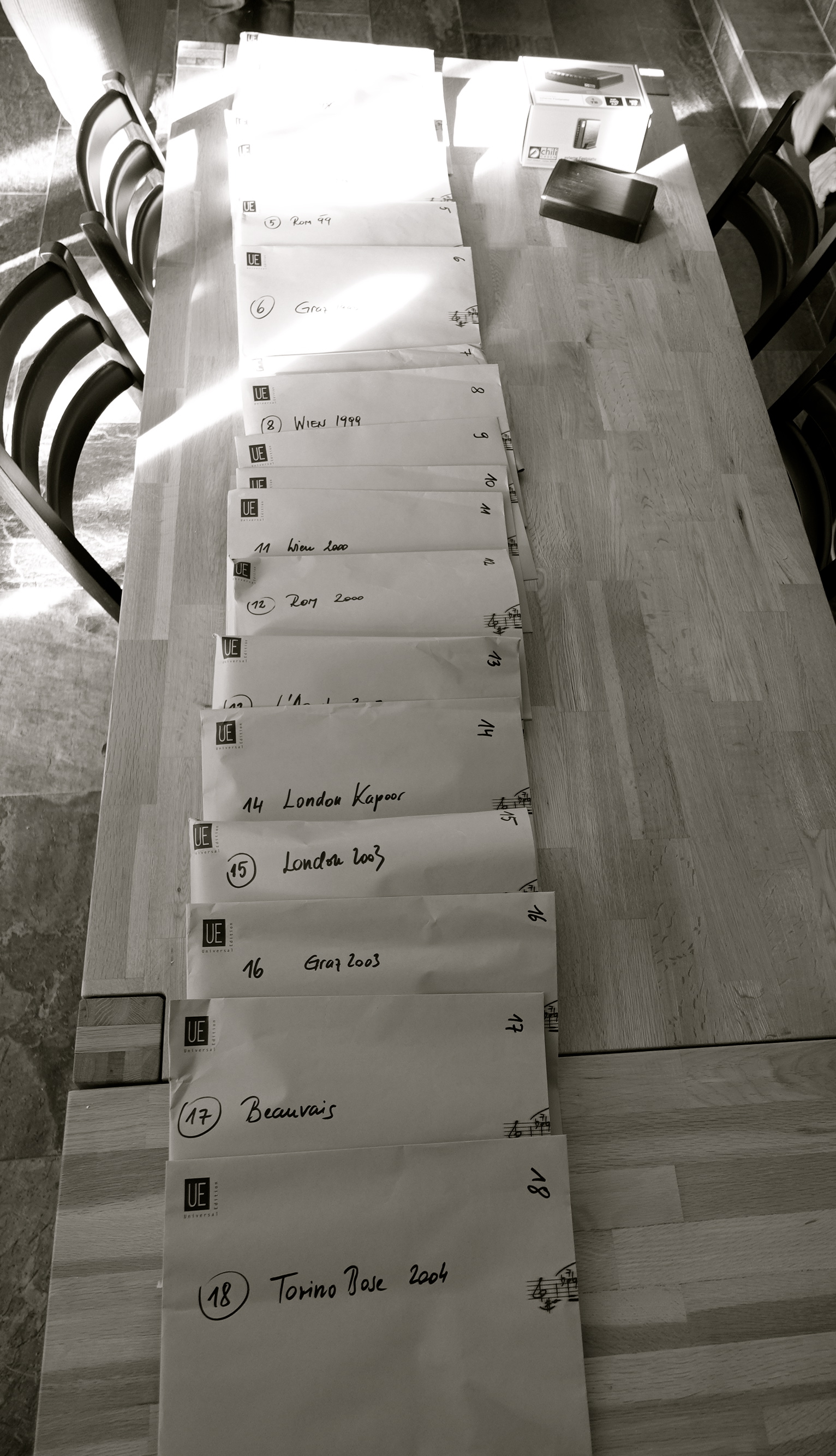