On 10 May, the Prime Minister of Estonia Taavi Rõivas and Mrs. Luisa Värk visited the Arvo Pärt Centre, along with Paavo Nõgene, chancellor at Ministry of Culture. Our guests were acquainted with the activities of the archive and shown around the current rooms at Aliina House. We also discussed ideas for the centre’s future plans and the establishment of the new Kellasalu building.

A young cherry tree brought as a present will be planted in our garden to remember today’s get-together.

The Prime Minister arrived to Laulasmaa directly from the airport after welcoming the soldiers of Estonian Defence Forces returning from their long-term NATO operation in Afghanistan. 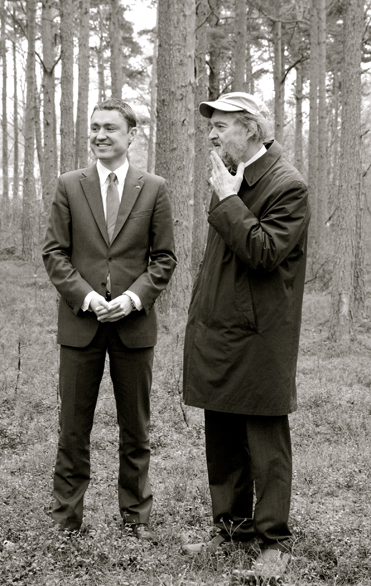