The Arvo Pärt Centre’s discussions with the composer regarding the creative histories of his works have reached the last compositions written in the 1960s, and this time the focus has been on Symphony No. 2 and the archival materials and memories associated with it.

Arvo Pärt’s Symphony No. 2 was completed in 1966, and although the exact date of completion cannot be ascertained from the archival documents, it was most likely written between March and September. However, due to serious health problems and hospitalisation, it took the composer longer than usual to finish the score, and the work was premiered only a year later, on 13 October 1967 in the Estonia Concert Hall, by the Estonian Radio and Television Orchestra, under the baton of Eri Klas.

Symphony No. 2 is one of the largest and, one might say, most colourfully scored among Pärt’s orchestral compositions. Alongside a large brass section, including as many as six French horns, the score also requires a harp, a piano with special playing techniques, and a number of unusual instruments, such as squeaky children’s toys and crackly cellophane. Here, the composer has combined a rigorously ordered serial technique with a highly sensitive and detailed sound, creating a tense and dramatic atmosphere already from the symphony’s opening bars. However, the deepest layer of meaning is given to the work by an excerpt from Tchaikovsky’s children’s piece “Sweet Dreams”, which in its purity and innocence is in sharp, irreconcilable conflict with all the preceding musical material, and which, in Arvo Pärt’s words, is like “a ray of sunshine that brings in another world, other values, the pure soul of a child”.

Symphony No. 2 can definitely be considered Pärt’s most tragic work, but also a composition that is one of the most difficult to comprehend, expressing the composer’s personal existential crisis and a painful path towards finding the meaning of life. The composer also explained this context during the discussion about the work’s creative history, by saying, “A person has to be reborn, to change profoundly. All of us have to experience it, we have to look for it and find it, however old we happen to be.” So, the reference to Tchaikovsky here is not a “sweet dream” in retrospect, not just a nostalgic longing for childhood, but the symbol of a new goal, a new ideal in life – and as such, a very telling signpost regarding Arvo Pärt’s later life and work. 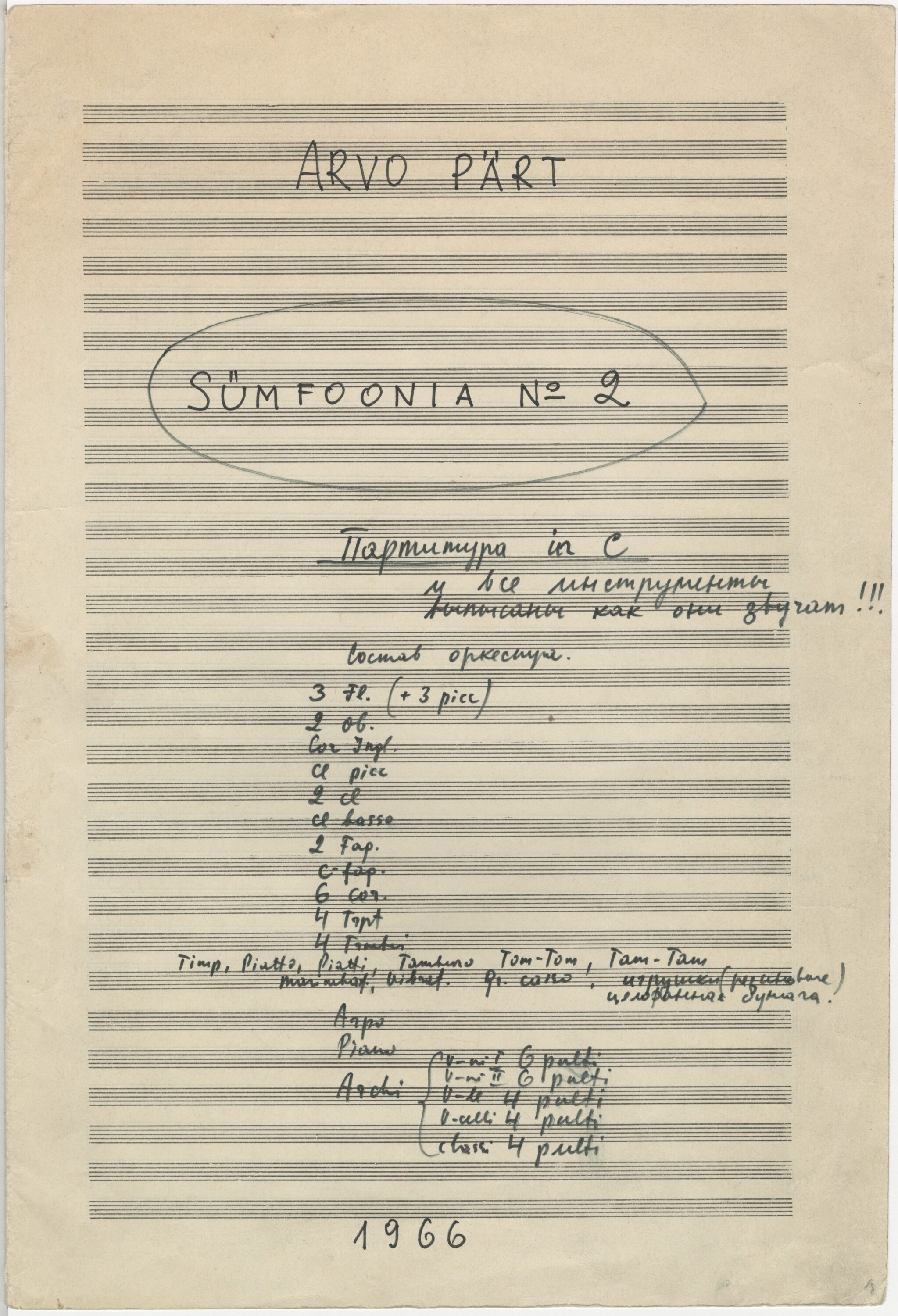