The Arvo Pärt Centre prepared a gift for the blind students of the Tallinn Heleni School by giving the school books with the words to Arvo Pärt’s children’s songs in braille. Arvo Pärt’s early works include a number of children’s songs written between 1956 and 1970 mostly for plays and animations. All the words in braille originate from the CD Songs from Childhood, which was released in 2015 by the centre in cooperation with Estonian Public Broadcasting and the Children’s Music Studio of Estonian Radio. Along with the words, the children also received the CD of the songs as a gift.

“We were looking for ways to help the blind children a bit, and found that the best way we could do it is through music. That is why we published the words to selected children’s songs by Arvo Pärt,” said Anu Kivilo, CEO of the Arvo Pärt Centre.

“This edition from the Arvo Pärt Centre is unique because the book itself can be used as teaching material in literature lessons as well as for learning the songs. Publications in braille have several specific features: they are larger in size and printed on thick paper to make the raised dots clearly readable. The book is meant to be read on the table, using the fingers of both hands,” Ann Paal, a paediatric surgeon who helped make the book explained.

In total, the centre printed 27 copies of the song book in braille, some of which will be gifted to Tartu Emajõe School. One copy goes to the Estonian Library for the Blind, one to the National Library, and two more will be available at the library at the Arvo Pärt Centre.

The words were printed in braille by Allan Vibur of Tartu Emajõe School, a graduate of the Tallinn Old Town Educational College. The book was prepared with the support of the members of the Estonian Society of Patients with Spina Bifida and Hydrocephalus and the Laagri Lions Club.

Performing at the handing over of the books were visually impaired children from the Tallinn Heleni School. 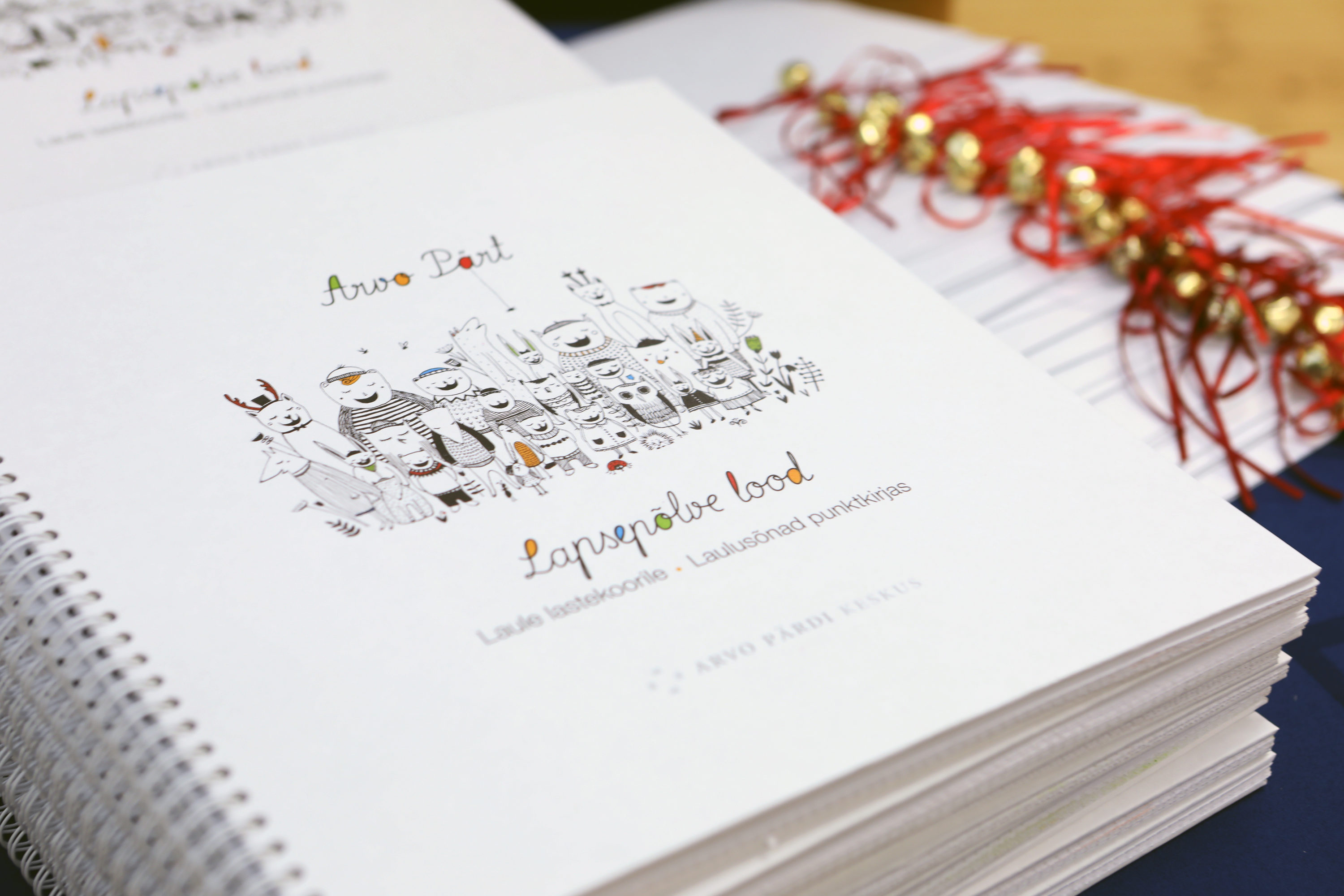