As the highlight of the 800th anniversary celebrations of the University of Salamanca, the oldest university in Spain, an extraordinary concert will be performed on 18 February 2018, with the world premiere of Arvo Pärt’s new a cappella composition, And I heard a voice… / Ja ma kuulsin hääle… as part of the programme.

The composition to be premiered at the concert, And I heard a voice… / Ja ma kuulsin hääle… is based on a text from the Book of Revelation (14:13):

And I heard a voice from heaven saying unto me, Write, Blessed are the dead which die in the Lord from henceforth: Yea, sayeth the Spirit, that they may rest from their labours; and their works do follow them.

This text struck me 20 years ago, when I received a notification of the death of my good friend and supporter Konrad Veem, the Estonian Archbishop who served in Sweden. The letter from his wife quoted these lines from an Estonian translation of the Holy Bible, which deeply touched me. Usually, the phrase “they may rest from their labours” is translated into Estonian literally. However, there is one version that uses the words that literally translates as “they may breathe from their labours”. They have passed away, they are catching their breath, but at the same time they are still with us. It is like eternal life. This Estonian version of the text offers a rare interpretation for the biggest of all secrets.

What makes the composition even more special is the fact that it is very rarely that the composer’s native language has found an artistic expression in his work.

The Ars Nova Copenhagen ensemble will perform the same programme in the Queen Sofia Arts Center (Museo Nacional Centro de Arte Reina Sofia) in Madrid on 19 February and in the Salón Noble de la Diputación in Badajoz on 20 February. 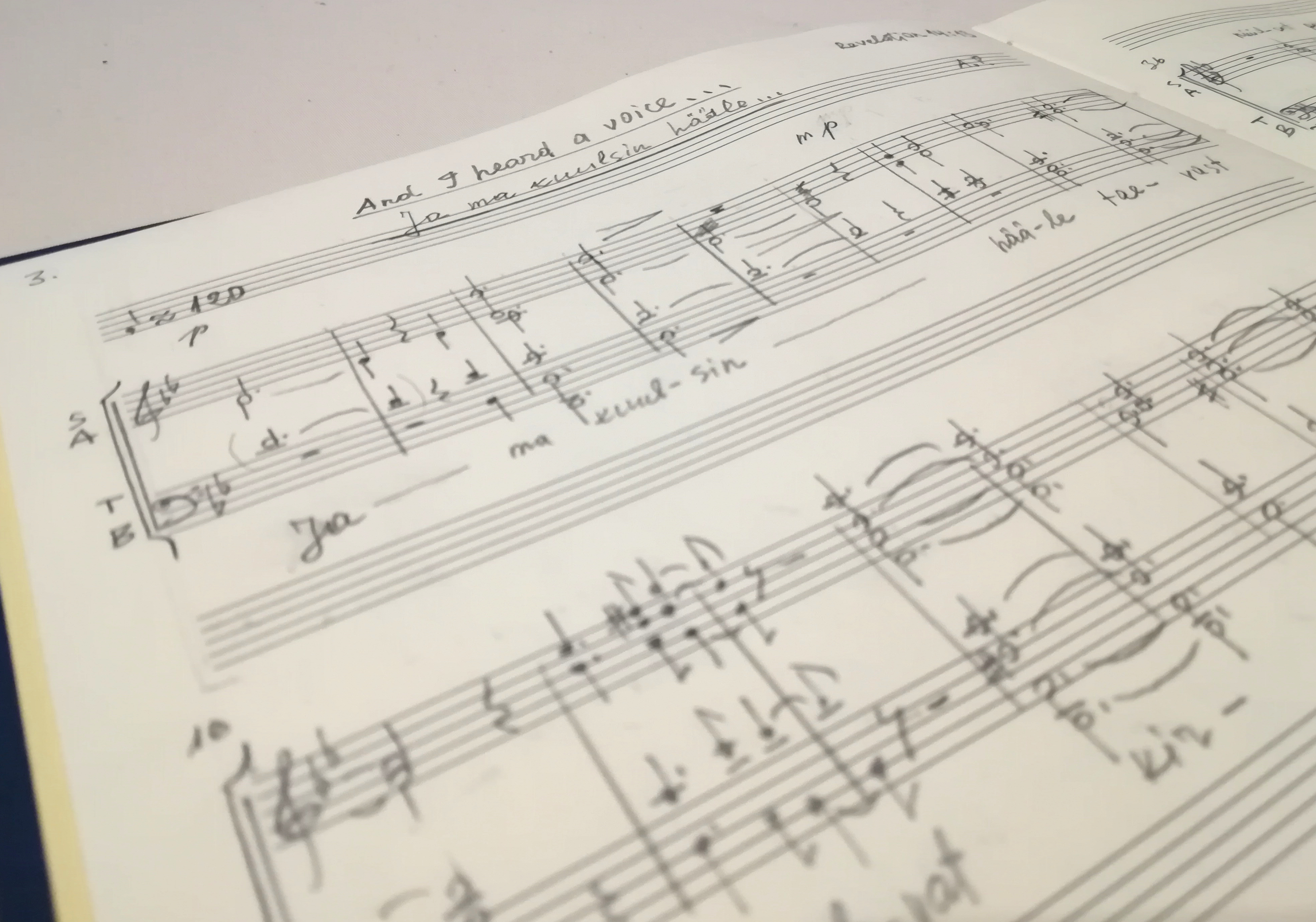