40 years ago, on 25 April 1981, the piece De profundis for male choir, percussion ad libitum and organ premiered at the festival “Neue Musik in die Kirche” in Germany. A concert at St. Martin’s Church, Kassel, featured male voices from Vocalensemble Kassel and St. Martin’s Church choir under the baton of Klaus Martin Ziegler, with Siegried Fink on percussion and Werner Jacob on the organ.

It is interesting to note that despite there being a large proportion of vocal compositions among Pärt’s works, this is the only piece written specifically for a male choir.

This composition is based on the Latin text of a pilgrimage song, Psalm 130 (129) “Out of the depths I cry to you, Lord”, which fascinated the author already in 1976, but for which a musical component was finalised only in 1980, in Vienna.

Arvo Pärt has looked back on the time he wrote this piece:

“At the time, it was a massive and important statement of everything we were, how we lived, what we were seeking, where we were headed, what was beauty, and what was of value – you can read do much into this text. It was like some sort of a constitution for us.”

This piece was written in the so-called strict tintinnabuli style, where every note has a very specific place, while the vocal interpretation is also determined by the semantic dimension. The first two verses of the psalm are sung by one voice; two voices sing the 3rd and 4th verse, three voices sing the 5th and 6th verse, whereas the seventh and eighth psalms are sung by the entire four-part male choir. With this gradual addition of voices, what started as an individual lament ultimately becomes a collective wailing.

This piece is dedicated to Austrian composer Gottfried von Einem (1918-1996), who had also played a role in helping the composer’s family stay in Austria.

In 2008, the composer also arranged the piece for male choir and chamber orchestra. 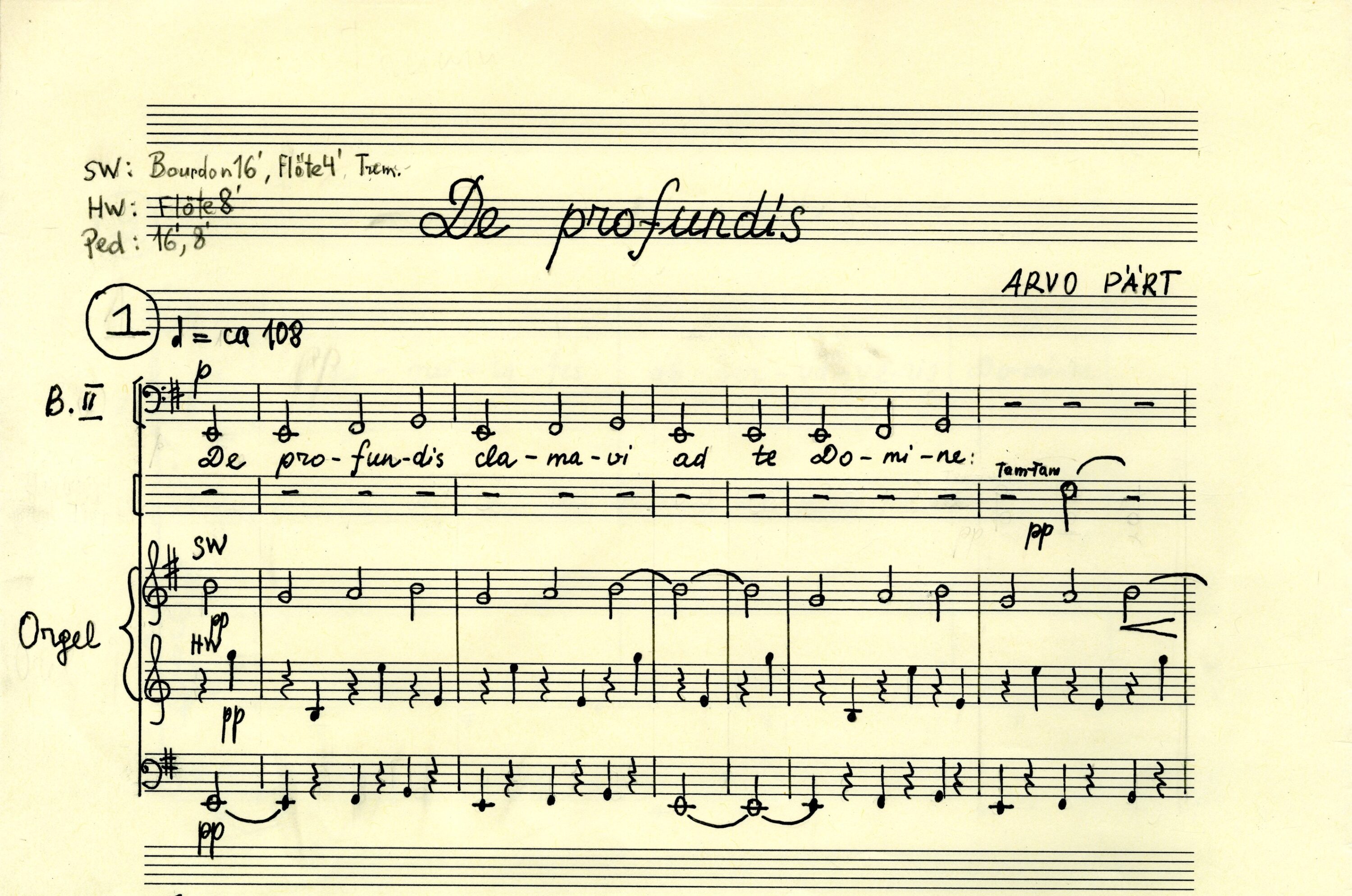