Vox Clamantis choral group has become one of the most frequent and most renowned performers of Pärt’s music, and its intensive creative collaboration with the composer has lasted many years.

The new album mainly comprises of a cappella choral pieces written since 2000. Alongside better-known compositions such as “Da pacem Domine“ and the eponymous “The Deer’s Cry”, there are also many vocal pieces such as “Von Angesicht zu Angesicht“, “Sei gelobt, du Baum“ and “Veni Creator“, which have seldom been recorded previously. The album includes world premiere recording of “Habitare fratres in unum“ which was also premiered by Vox Clamantis.

The album also includes pieces from the 1990s – “And One of the Pharisees …“ and “Gebet nach dem Kanon“. Pärt’s 1970s work is represented by “Summa”, one of the first and best-loved examples of tintinnabuli. Compared to its many instrumental arrangements, its original version (an arrangement for four voices) is rarely recorded.

For Vox Clamantis, “The Deer’s Cry“ is already its second full-length album in co-operation with ECM. In the spring of 2012, the group released “Filia Sion”, which featured Gregorian chant and early polyphony. The group was also involved in the recording of Pärt’s Grammy award-winning album “Adam’s Lament“.

“The Deer’s Cry“ was recorded in the Church of the Transfiguration of Our Lord in Tallinn, in the autumn of 2013 and 2014. The album was engineered by Igor Kirkwood and Margo Kõlar, Helena Tulve was recording superviser, it was mastered by Manfred Eicher and Christoph Stickel, and produced by Manfred Eicher.

Arvo Pärt also participated in the recording process of many pieces.

The album launch will be held in Estonia at Nargenfestival’s Arvo Pärt Days and on 18 September in the Church of St. Francis Xavier, New York. 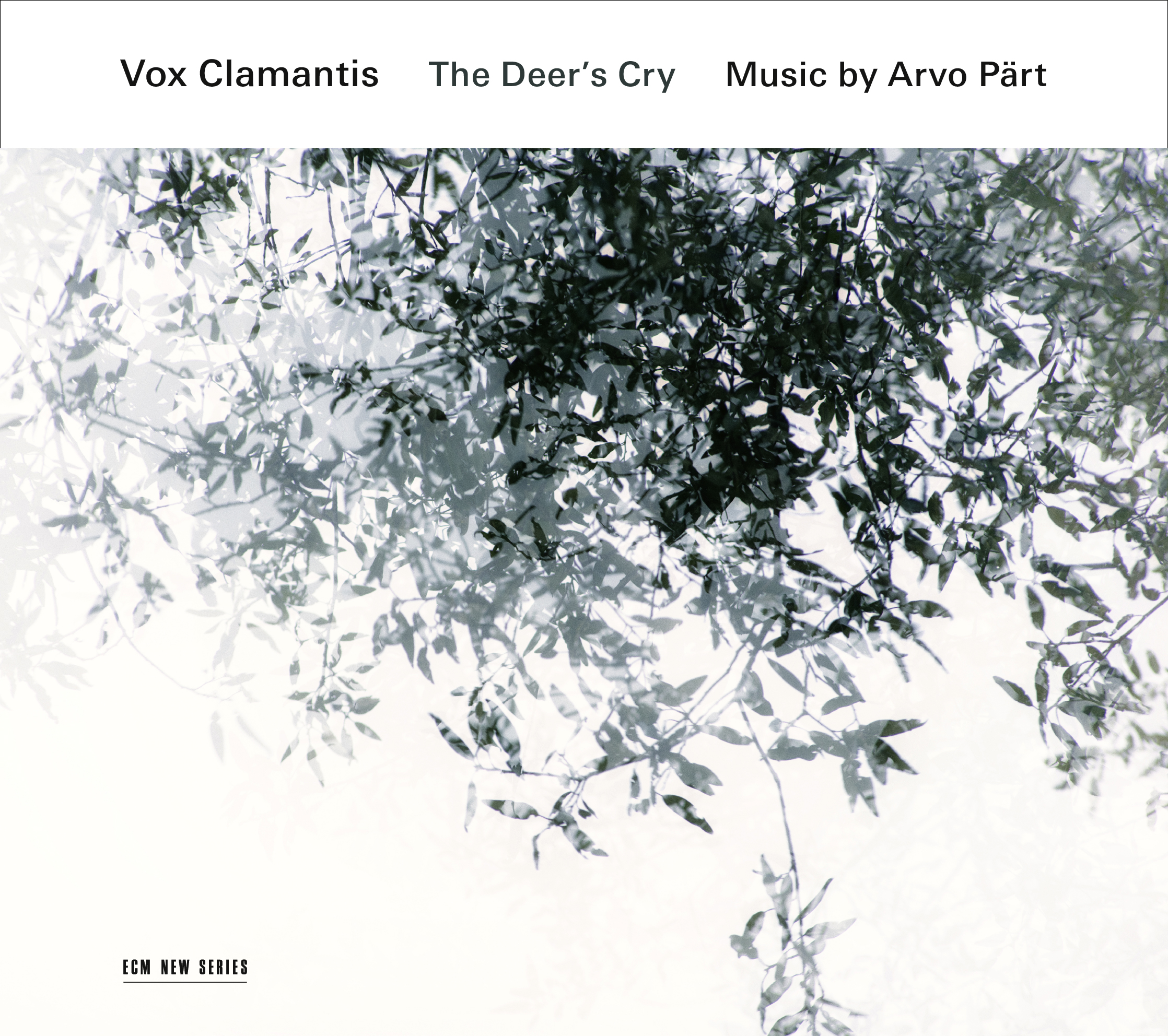