This time our film evening will screen two documentaries from the past couple of years with a similar poetic style – they were both realised in the genre of cinema povera. The worlds described in these films are also in some respects similar, concerning the daily lives of people committed to Christianity.

Andri Luup’s Father Guy (Isa Guy) brings to the viewer an extraordinary person, the Roman Catholic priest Father Guy (1921–2011), who fully devoted his life, seemingly very modestly but through the great power of prayer, to serving those in distress. Most memorable in this quiet portrait are the reflections on time and timelessness, man and God, weakness and strength. According to Father Guy, “we should not worry about the things that end, but those that have no end”.

Andri Luup is a playwright and theatre director, and a teacher of dramaturgy and film-making who lives in Tallinn and mainly works with the small theatre group called Theatrum. He is known for his films Kinnunen and Ferdinand, the plays Dove (Tuvi), (Dissident) ((Teisitimõtleja)) and Egg (Muna), a libretto for the ballet Keres and the children’s production (p)ÖÖ.

Ingel Vaikla’s Roosenberg is a poetic and personal story about her encounter with four nuns in a Belgian convent. The film takes the viewer on a visual journey to the time before the building was abandoned by its last inhabitants. It offers a glimpse into the daily lives of four Franciscan nuns and their quarters – being like a memory of a specific place and poetic space at the beginning of its end.

Ingel Vaikla is a visual artist and filmmaker who currently lives and works in Gent, Belgium, and is participating in the two-year international artist residency programme at HISK. Her films The House Guard (Majavalvur, 2015) and Roosenberg (2017) have been shown internationally at group exhibitions and film festivals. In 2018, Vaikla’s Roosenberg was selected the best film in the national competition programme at the PÖFF Shorts Festival.

The screening of the films will be followed by a conversation with the directors Andri Luup and Ingel Vaikla, moderated by Jaan Tootsen.

Tickets priced at €5 will be on sale at the venue one hour before the beginning of the event.
Share 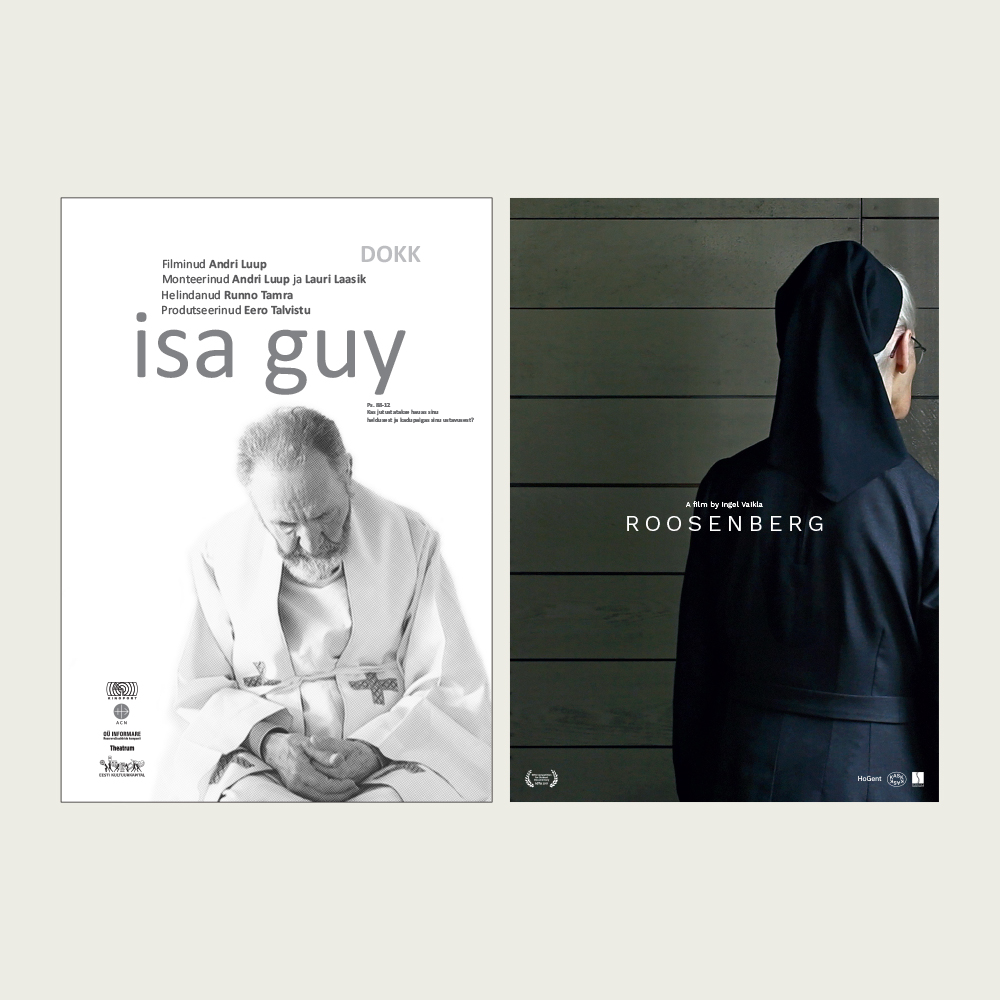