Since 1994, the world media space has repeatedly involved the words Chechen War, Grozny, explosions. This cruel reality has been superimposed by less frequent and less noticeable episodes, but the region has not found true peace to this day. All signs of war have been wiped from the streets. Instead, Grozny boasts fancy promenades, skyscrapers, rich people driving expensive cars and, of course, enormous shiny mosques, built under the personal supervision of the boxing champion, academic of the Academy of Sciences of the Chechen Republic and head of state, Ramzan Kadyrov, and leading the fight against entertainment and moral dissoluteness in the name of Islam.

The streets of Grozny are lined daily with enormous posters of the “Holy Trinity”, as the witty heroines of the film jokingly refer to the picture showing the Kadyrov father and son together with Putin. Underneath the shiny surface of the city there is the deep scorching pain over dead or missing dear ones. The heroines of this film run a small, independent human rights centre and possess an extensive amateur video collection of the Chechen wars, the shots of which, put side by side with today’s shiny surfaces give one the creeps. Another plot line deals with the owner of a blues club and young people making a band, for whom the war has become just a memory. Nicola Bellucci‘s Grozny Blues is a healthy and moving humanist documentary.

Extracts from Arvo Pärt’s Lamentate create a watchful and discouraging background to the film, the first notes heard with the opening shots. 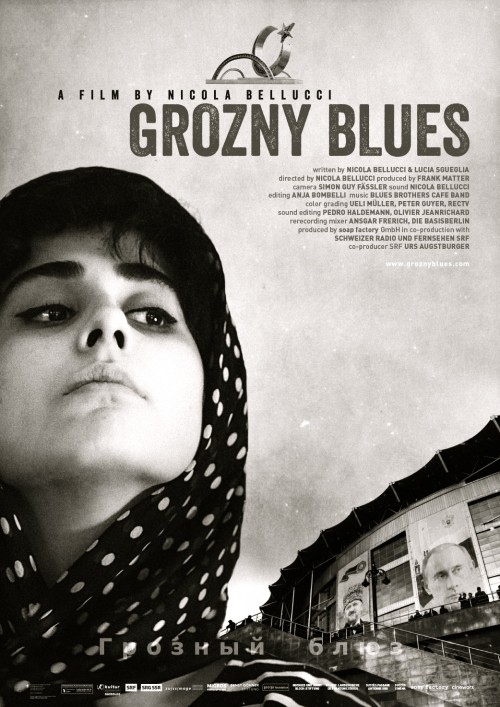