“Each sound is for me like the tail of a comet, leaving a bright streak in the sky,” describes Manfred Eicher whose unique approach using philosophy and relationship to music makes him one of the best producers in the world. The record company Eicher founded in 1969 in Munich, ECM Records has received numerous awards and is synonymous with high quality in classical, experimental as well as jazz music. He has launched the career of hundreds of top artists in the world. He has a unique relationship to Arvo Pärt and through that, to other Estonian composers, conductors, and musicians like Veljo Tormis, Tõnu Kaljuste, Erkki-Sven Tüür, Helena Tulve and Tõnu Kõrvits.

The documentary, shot during a period of almost five years, takes the audience on a musical journey from Estonia to Argentina and presents a rare opportunity to see how a trusting relationship between a composer and a producer forms, involving the latter in the creative process. It is amazing to see Eicher’s total dedication to music and artists as well as his ability to record the magic of music in all its nuances, be it tango, contemporary classical or early music.

“Sounds and silence” is an important film for those who create, enjoy or record music, as it shows how to feel, value and listen to music. As Nora Pärt notes in the film: “Even though we have grown tired of the recording, in ourselves we hear the perfect sound – pure and clear. But we know Manfred can hear it even better than us.” In the film, alongside Manfred Eicher, we see ECM’s composers and musicians Arvo Pärt, Eleni Karaindrou, Dino Saluzzi, Anja Lechner, Anouar Brahem, Gianluigi Trovesi, Marilyn Mazur, Nik Bärtsch, Kim Kashkashian, Jan Garbarek and others, as well as Tõnu Kaljuste with Tallinn Chamber Orchestra and Estonian Philharmonic Chamber Choir, recording Pärt’s work Für Lennart in Memoriam and Da Pacem Domine.

“Sounds and Silence” screens on Saturday, 30 August at 17.00 at Arvo Pärt Centre. 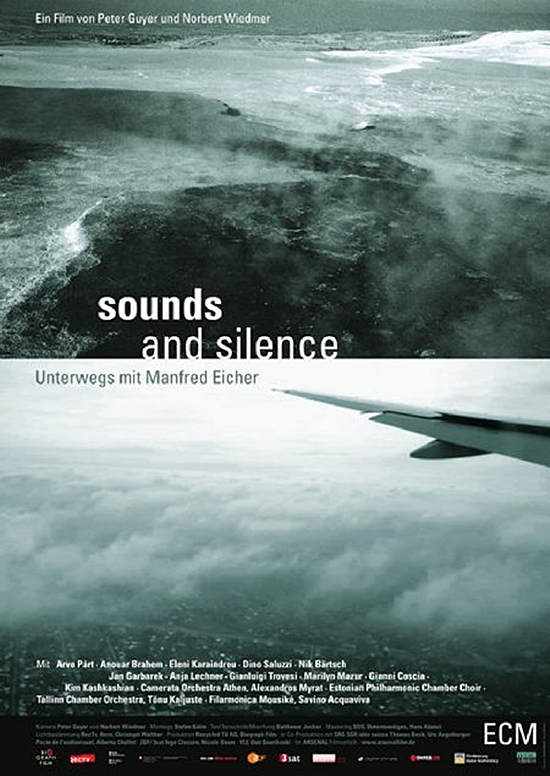