The film takes place around the oldest bridge in Paris, the Pont-Neuf, where a love story unfolds between two homeless youngsters, Alex (Denis Lavant) and Michéle (Juliette Binoche). Alex is a street artist who lives with his older homeless companion Hans under the Pont-Neuf, which is being renovated. Michéle is a painter from a wealthy family who finds herself on the streets due to a failed relationship and an illness that threatens to leave her blind.

This story of Parisian street artists is by far the most popular and well-known work by the award-winning director Leos Carax. In addition to music by Iggy Pop, David Bowie, Public Enemy, Britten, Strauss and Shostakovich, Arvo Pärt’s “Cantus in Memory of Benjamin Britten” is heard in this film. The film, which premiered 30 years ago, was the first high-budget and high-caliber work to use Arvo Pärt’s music and thus reached a wider audience than the music community. In the year of the screening, the film attracted almost 900,000 viewers to cinemas in France alone and, of course, this film – which defined the 1990s – was followed by wide video distribution.

Film will be screened in original language (French) with Estonian subtitles. 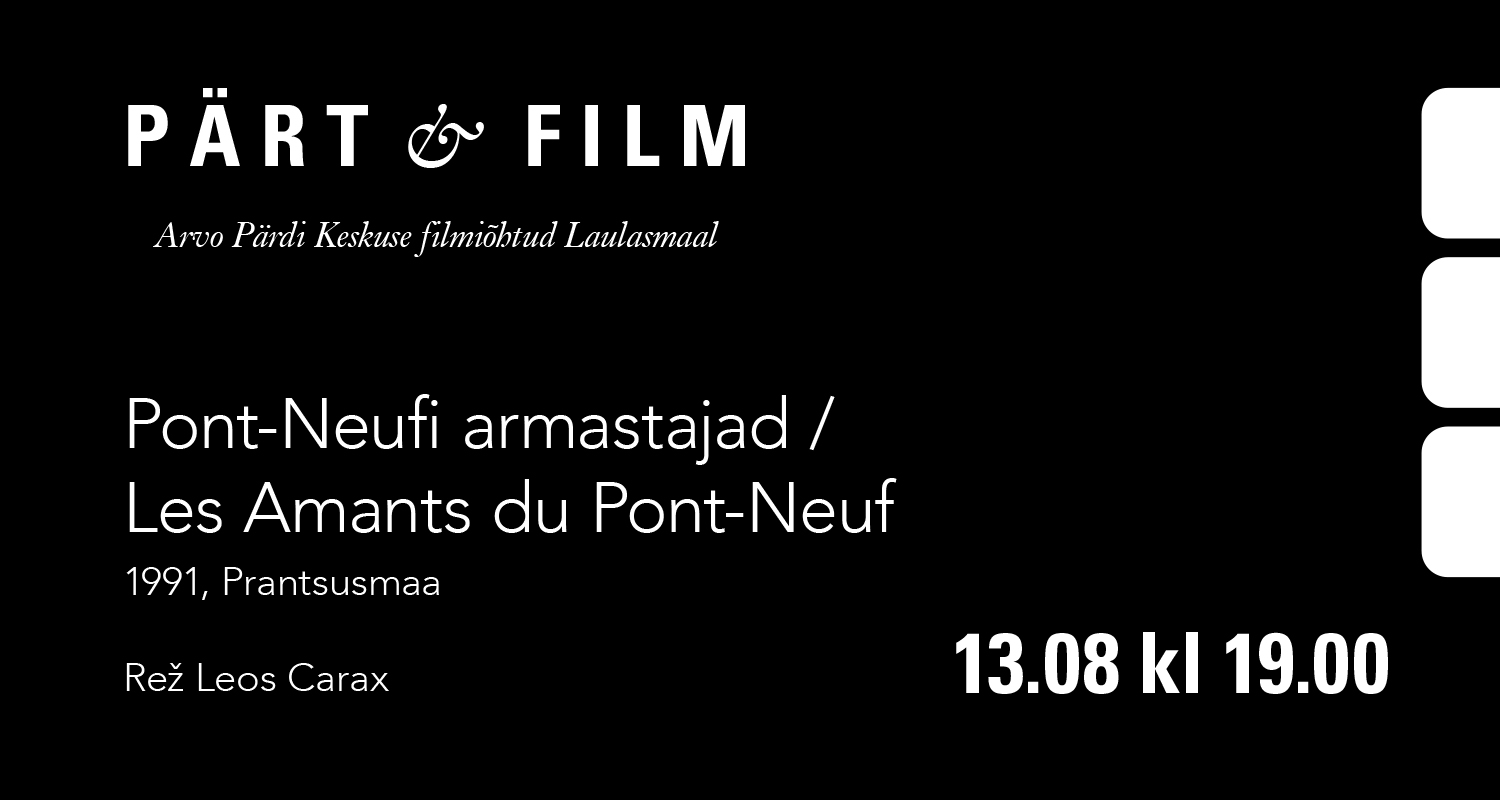