Soldiers of Salamina is based on the 2001 bestseller by Javier Cercas, who has become one of the rising stars of contemporary Spanish literature (the novel was also published in Estonian in 2015). The main character of the film is a young teacher Lola Sánchez, who is writing an article about Rafael Sánchez Mazas, a writer who fought on the side of the nationalist forces in the Spanish Civil War and later rose to become a minister under Franco’s regime. At the end of the Civil War, he is captured by the Republican forces and taken to be executed along with fifty other men. Mazas manages to escape the bullets, run towards the woods and hide in a thicket. A young Republican soldier, who is sent after Mazas, finds his hiding place, but does not betray him and spares his life. This event is also the central episode of the historical line of the film, which, as the film progresses, is shown from various angles.

On the one hand, the film manages extremely well to open up the complicated, entangled history of Spain; on the other hand, it is the story of a lonely, intellectual writer struggling with her career and arriving at touching human realisations by searching for the truth in the jungle of history.

The film, which painfully touches upon Spanish society, was directed by the multi-talented screenwriter, writer, actor and director David Trueba and stars the talented actress Ariadna Gil.

The film opens with black and white shots and Pärt’s Fratres, which gradually changes to Spiegel im Spiegel, while the action is taken to the present day. These pieces are both heard repeatedly throughout the film, intertwining in long sequences and accompanied by the more dramatic tones of Cantus in Memory of Benjamin Britten. 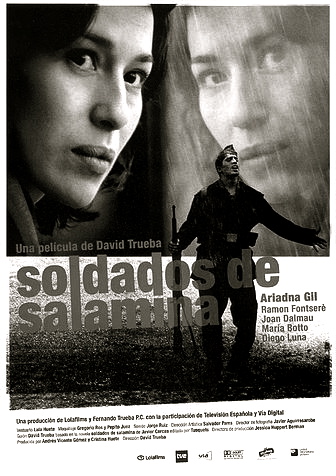