Andrei Zvyagintsev’s feature film The Banishment is based on a novel by Armenian American writer William Saroyan, The Laughing Matter, and was filmed in the beautiful landscape of Moldova, which provides the film an unbelievably picturesque atmosphere. This film is about Alex and Vera, who come here on holidays with their two children to the husband’s childhood home. The countryside idyll is torn apart when Vera admits to her husband that she is pregnant and that Alex is not the father. Even though in front of their children and friends they manage to make it appear that nothing has changed, the rift between the couple deepens increasingly with each passing day. Alex seeks advice from his brother Mark, who is known for his shady dealings. Vera feels the insurmountable chasm between herself and her husband, and worries about the example that Alex and his brother, with their questionable activities, are setting for her son Kir. Kir lets it slip that while his father was away his father’s friend Robert visited his mother and Alex draws a quick conclusion. Like a runaway snowball, unstoppable events begin to unravel.

For his role as the male lead Konstantin Lavronenko won best male lead at the Cannes Film Festival. The film’s female lead was played by the Norwegian film star Marie Bonnevie, whose Russian is dubbed.

The film with its sombre atmosphere but beautiful otherworldly visuals, uses Arvo Pärt’s first tintinnabuli work Für Alina and during the credits, VII song (Memento) from the work Kanon Pokajanen can be heard. 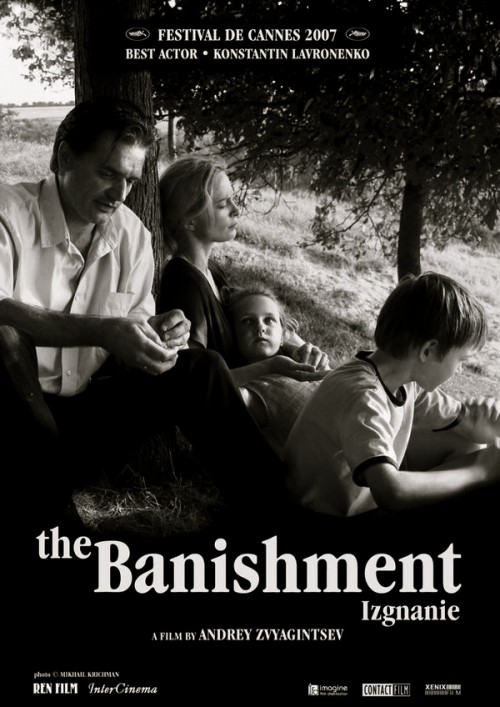